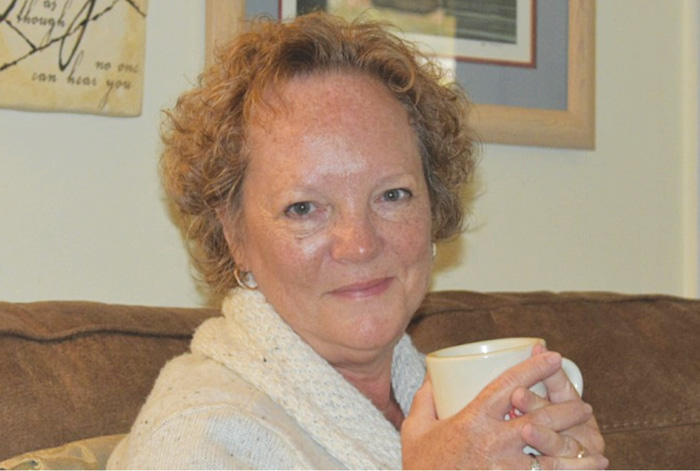 September 29, 2016 was my last big chemo treatment… the kind that makes a person instantly old. After that came the “lesser” chemo every three weeks; surgery to remove a cancerous tumor and eleven lymph nodes; then thirty radiation treatments. All that was completed this past June followed up by hormone therapy. Hopefully those drugs will keep the devilish disease from returning.

Praise God I lived to tell about it! Now I have sense enough to really be thankful for things I missed while going through treatment; Simple things like sleep. I rest so well now that I’m back to snoring loud enough to rattle the windows. In fact, I’m so loud that I may be responsible for the zombie movement since I surely wake the dead.

I’m thankful for food that I used to love but couldn’t stand the taste of while taking chemo. Things like coffee, chocolate and fried chicken that David makes in his mom’s old electric frying pan. Oh how wonderful. He skins it then soaks it in milk, rolls it in flour and the crust is to die for! I even love the wonderful aroma of it cooking. Last year I would hurl at the thought. David literally lost twenty pounds while I was sick because he tried not to eat in front of me. Well, that and a boatload of worry when I prayed stupid stuff like, “Lord Jesus! Just take me home!”

I’m thankful for friends and family. Though I loved these folks before, something about a friend stopping by with a new nightgown she happened upon at Marshall’s’; brown sugar bagels from Panera’s; a new hat and a funny story… it felt a lot like love. One day I found a bright red picnic basket outside the door filled with lotion, lip balm, a funny coffee mug, garden clogs and flip flops. Just thinking about being strong enough to walk outside and have a picnic or work in the yard felt a lot like hope.

I’m thankful most of all for so many prayers and messages telling me often that folks were praying for me. In a time when I couldn’t process the words of Scripture, though I knew they were true, others lifted me up. A pastor friend stopped by and I told him of my struggles. Having been with many folks going through chemo he related that one of them said his brain was so foggy that reading the Bible was like reading a can of soup. It meant nothing. The pastor’s kind words helped me past the guilt I was experiencing to an understanding that God had not left my side. It felt a lot like faith.

I’m thankful for David. I knew to be thankful before I got cancer. But something about having a husband who cleans up behind a grown woman who is too sick to make it to the bathroom in time really shows what a man is made of. Again, bless his sweet heart. His kind example of faith, hope and love felt a lot like grace.

And lest I spiritualize things too much, I have to admit that I’m thankful for hair. Apparently God looked down at the curly bob I’ve worn since the eighties and said, “Enough of that girl! You need a new doo!” He grew it back, curled it not quite as tight and even gave me a few sprigs to pull toward my ample forehead. I imagine He smiled at His work and said, “Not bad for an old chick.” I know it’s vain, but I can’t even tell you how happy I am to finally have hair. It feels a lot like joy.

I have to say, I think I owe my life to you. Remember the story in the Bible of the men who carried their friend on a cot to Jesus? The place was so crowded they lifted him onto the roof. I reckon they had a pulley system of some sort. They removed the roof tiles and let him down right in front of Jesus. Luke 5:20 says that Jesus healed the man and forgave his sins when he saw the faith of his friends.

When I was so weak I had to be carried, you my friends lifted me up to the Lord in prayer. You faithfully asked Him to heal me. Praise God He did! It feels like faith, hope, love and grace rolled into a great big bundle of joy!