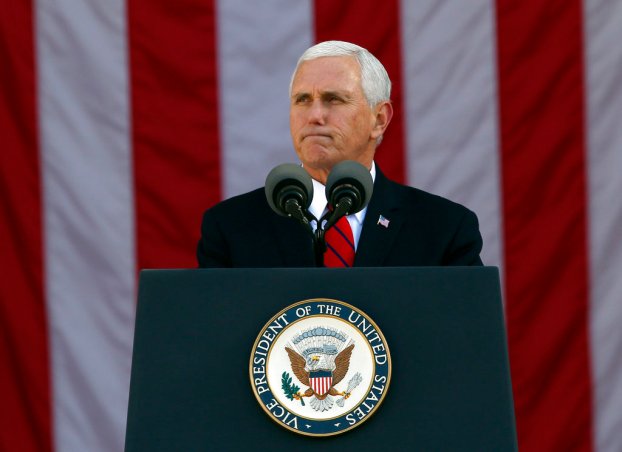 Wholesome Mike Pence is good for the Trump Administration

With abundant displays of general dysfunction and specific allegations of sexual assault and harassment becoming pervasive in Washington, it is worth remembering that there are good examples of decency and leadership that we can point to. Republicans need to look no further than Vice President Mike Pence.

As with all vice presidents, much of Pence’s contributions are underreported. He is dignified and cool at a time when the media craves salacious and hot.

Much of the media’s recent attention has focused on the wave of Roy Moore, and now Sen. Al Franken, D-Minn., and perhaps major revelations about U.S. taxpayer money being used to settle sexual harassment claims in the House of Representatives. Put it this way: The word “wholesome” doesn’t come up much these days when talking about the American political condition. A look at the work and style of the vice president, however, supplies much-needed reassurance and relief.

Despite all the noise, Pence has successfully stuck to the message that Republicans are working on issues that matter. Specifically, tax reform – which passed the House on Thursday – and health care and infrastructure, which he reminds us are still alive.

Most recently at the Republican Governors Association annual conference, Pence’s reassuring presentation gave attendees hope that Washington might not be spiraling out of control. While he was in Texas, Pence was able to hold forth with authority on everything from hurricane relief in Puerto Rico and in the mainland, to a detailed discussion about tax policy and the president’s visit to Asia.

Pence and his office have been thought of as the pod of normalcy in an otherwise chaotic White House. Pence is confident in his role. His staff people understand what their jobs are, they don’t covet their neighbor’s job and they have reputations as being experienced and savvy.

And now, thanks to Chief of Staff John F. Kelly, they aren’t as walled-off as they once were. Believe it or not, the ranks of the rational and well-adjusted are growing inside the White House. In fact, a greater sense of organization and discipline is coming over the entire Trump administration – with much of it originating from the vice president’s office. We are still unlikely to experience a full pivot, but things in Trump-world are getting better.

While the likes of Kelly, Secretary of Defense Jim Mattis, National Security Adviser H.R. McMaster and a few others are considered guardians of the galaxy who act as guard rails that could keep the administration from plunging into a disastrous calamity, Pence is able to play some offense on the White House’s behalf. Everyone knows he has authority, but they don’t blame him for the confusion. He is welcomed on Capitol Hill as someone who knows and understands the details, governors claim him as a member in good standing within their informal club and Republicans everywhere are proud of him.