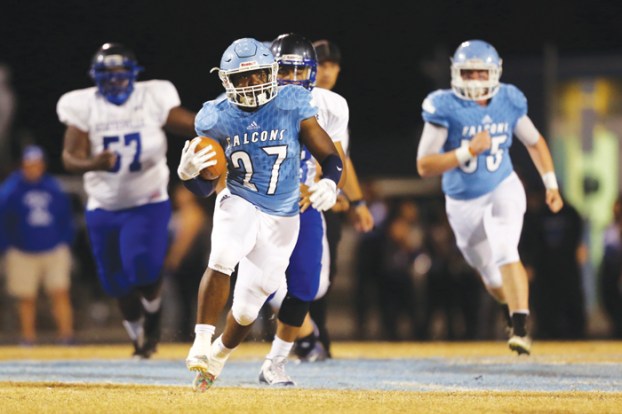 Wrap-ups and a pick …

Three first-round losses in the state playoffs brought Rowan County’s football season to a grinding halt last Friday.  The second round of the playoffs will begin with Rowan on the sidelines for the first time in 15 years.

A county that had two state champions as recently as 2010 had no conference champs and no conference runners-up. West, North and Salisbury were third-place teams.

West was 4-0 vs. Rowan squads but 2-6 playing teams outside the county for a 6-6 overall mark.

West beat North. North beat Salisbury. So ranking the county teams has to be (1) West, (2) North, (3) Salisbury, (4) Carson, (5) East Rowan and (6) South Rowan. South won three Central Carolina Conference games but was the only Rowan team not to win a county game. The Raiders were 0-4 against Rowan opposition.

North (8-4) and Salisbury (7-4) had winning seasons and combined for 11 of the 19 Rowan triumphs against opposition from outside the county. North feasted on the bottom half of the YVC, while Salisbury made hay against the bottom tier of the CCC.

Not that it was all gloom and doom.

Salisbury’s upswing from 3-8 to 7-4 was encouraging. Three South wins, after winning just one in 2016, was encouraging. North won eight and while the Cavaliers wanted a lot more than eight, that’s a decent year most places. For Carson, given the injury situation and the non-conference schedule, three wins wasn’t bad. East got to win its finale, and the players will remember that. West doesn’t like to go 6-6, but the Falcons still haven’t had a losing season since 1998.

The county lost one of its all-time greats this week in former West coach Scott Young. The lights coming on at all six Rowan stadiums at 7:30 p.m. on Wednesday as a salute to Young was not only encouraging, it was heartwarming. It produced some chills, in a good way. Even in a down year, Rowan County isn’t a bad place to be.

Senior back Jaleel Webster removed any doubt he was the county’s top offensive player with his performance in the Cavaliers’ 30-22 loss at Polk County. North had 333 yards of offense. Webster produced 308 of them, with 181 rushing and 127 receiving. Webster had two explosive, big-play touchdowns, bringing his total for the season to 19.

Webster had a clutch catch-and-run that put North inside the Polk County 3-yard line in the final minutes, but Polk County’s defense made the stand it had to make.

“Even if we score there we’ve got to get a 2-point conversion just to get into overtime on the road,” North coach Ben Hampton said. “The bottom line was we didn’t play very well and we definitely didn’t play well enough to win. In about two weeks, we’ll get back to work and try to get better.”

The only kickoff that Jacob Young didn’t put in the end zone was run back for a touchdown by P0lk County running back Elijah Sutton. That TD, right before halftime, was the turning point.

North’s junior quarterback, Willis Mitchell,  had over 1,800 passing yards for the season and topped 2,000 yards of total offense.

Webster rushed for 1,597 yards (8.8 yards per carry) this season and finished his stellar career with 3,411 rushing yards.

Quintous Smith contributed his eighth receiving TD of the season on Friday and also had a big rushing TD (it beat Lexington) this season.

Junior QB Payne Stolsworth’s streak of 10 straight games with at least one touchdown pass was ended by Hunter Huss in West’s 34-14 loss in Gastonia on Friday. Both of West’s TDs were on  runs by Martavio Rankin, who closed out his career with a strong effort.

Stolsworth finished the season with 2,101 passing yards (13th on the all-time county list for a season) and 23 TD passes.

Houston’s yardage total this season ranks fifth on the all-time county list and third  at West.

Salisbury paced the county in pass defense and scoring defense, and the Hornets’ defense was their stronger side, especially during the second half of the season.

Salisbury’s defense kept the Hornets in the game in the 19-7 loss to Red Springs, but the offense struggled and Red Springs won its first playoff game in five years.

Salisbury’s rise from three wins to seven wins under coach Brian Hinson was the biggest single-season jump for the program since it moved from seven wins in 2003 to 12 wins in 2004 under Joe Pinyan.

Cooper Wall went out with a 100-yard receiving game, the 11th of his career. Playing seven games after returning from ACL surgery, Wall had 35 catches for 550 yards and five TDs.

The sixth-seeded Wonders are ranked 64th in the state by MaxPreps, while third-seeded South Iredell is 66th.

The 3AA second-round game in Troutman tonight should be as close as that sounds. Both teams are 10-2. Coaches Scott Miller (South Iredell) and Mike Newsome are highly regarded. It will be a packed house.

South Iredell has an elite quarterback in senior Brady Pope, who is committed to Charlotte, but he was sacked six times last week in a surprisingly tight battle with Northwest Cabarrus, and A.L.Brown’s defensive line might be the stoutest position group the Wonders have. That’s got to be the greatest concern for the Vikings. Ends Kedrick Bingley-Jones and Najee Williams and tackle C.C. Huntley bring some serious heat.

The Wonders get it done offensively with a committee of backs — you never know who might have the hot hand. Sturdy junior QB Jordan Medley is the constant. He’s an athletic, dual-threat guy who has run as well as expected while exceeding expectations as a passer. Medley has rushed for 641, while throwing for 2,081, and he’s only been intercepted five times in 198 attempts.

The Wonders will have to find a way to block disruptive South Iredell defensive end Chandler Medeiros, a Shrine Bowl pick.

Pope has mind-blowing numbers. He’s closing in on 10,000 passing yards, which makes him one of the most prolific passers in state history. He has 704 completions and 106 … yes, 106 … TD passes. And he sat down early a lot this season in blowouts.

South Iredell’s second most important offensive player is questionable for tonight and his availability will be a game-time decision. Tavis White has 1,600 rushing/receiving yards but was hurt last week.

Receiver Dydrion Leach is the other guy to watch on South Iredell’s offense. He may get carries if White can’t go.

A.L. Brown’s special teams made the difference in last week’s wild win against Asheville Erwin. Za’Quan Clyburn had a punt return TD and Martrail Williams set up two more A.L. Brown scores with long kickoff returns. The Wonders have a lot of speed in a lot of places.
While the Wonders finished second in the South Piedmont Conference, they definitely played in the tougher league. That should give them a small edge tonight in a high-scoring game. How about Wonders 35, Vikings 28.
Next for the South Iredell-A.L. Brown survivor is the A.C. Reynolds-Southwest Guilford winner. In the 3AA bracket, everyone who’s left is tough.
The picks struggled to 3-2 last week and are 57-14 for the season.
For Rowan fans just looking for a good game to attend tonight, the 1AA Murphy-North Stanly action in New London is recommended.
You Might Like