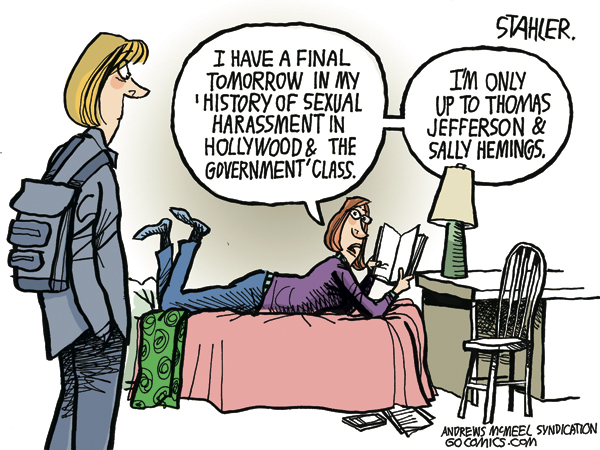 I just saw him this past Sunday afternoon at Food Lion. … A young man approached him and said, “Hello, Coach Young.” He knew who he was right away and asked the young man how he was doing. The young man told him he was working hard and feeding his family. A smile came across the coach’s face and I could tell that he was happy to see him, and maybe more so because the young man had become just that — a man.

What a great man. He influenced so many in this community and fought just as hard at life as he did for his players and his team.

Scott was a great coach, but he was an even greater mentor to his players. The young men he coached were like family to him; he invested himself in their lives. I am thankful he influenced my grandsons.

Spencer’s Board of Aldermen and town manager deserve praise for this move. The current town hall is not a feasible option for upfitting in order to meet future needs, and the alternate proposals from the 2015 facility needs study are cost prohibitive.

Upgrading space in the existing Park Plaza shopping center is a cost-effective option to meet Spencer’s needs for many years. As a Spencer resident and taxpayer, I am grateful for this forward-thinking good news.

Under Spencer’s current leadership and management, record reserve funds are accruing after expenditures are subtracted from the town’s revenues. At the current rate, this proposed project could be paid for within than four years with no tax increase. Spencer is blessed with very sound financial management and professional, dedicated staff.

If and when the village takes on the responsibility of repair and maintenance of the old Park Plaza building and grounds, let’s address one issue which has been overlooked since 1964 when it was built. Storm drainage has been horrible for ten households during heavy rains. This issue has been brought forward for 54 years. During these downpours most of these households cannot park and enter their homes because of high water.

Thanks to the village fathers, there is a plan in progress to tear up about four blocks of Fourth Street and place one drain culvert to help with this water issue. It came to my attention from one village father that the drain size has been downgraded from 24 inches to 18 inches to cut costs. Well, I can attest that a single 18-inch culvert will not help much with the flow of water. If they don’t totally fix the issue, then have we wasted how much tax payer funds?

Al Heggins was a serious candidate from the start, but her total win shows also that our city is serious about its future.

The local voters could not have done better than these five. I’m super pleased with the outcomes and looking forward to Salisbury progressing forward.

… My Turn, Mary Overholser: Under guise of patriotism

Thank you, Ms. Merry Overholser for noticing and writing about this insensitive and subtly oppressive act (one vehicle’s display of a Confederate flag in the Veterans Day parade). I believe that our society will never rid itself of humans who refuse to understand and acknowledge the evil of slavery.

Despite the fact that the Confederacy that fought for slavery lost the war and their attempt to secede from the Union (U.S.A.) was thwarted, the mentality lives on. All I can do as a white person is make notice of such ugliness as you described and continue to make a stand for justice, equality and equity for all.

The dark and evil histories of our country should never, ever be glorified. Period.

There is so much that is wonderful about the South. I do not understand why some get focused on a dark time for us. Why anyone would want to flaunt a mistake makes little sense.

Yes, we should learn of what occurred in history so to not repeat our mistakes. But we should celebrate the great things about the South; there are so many.

You positively have no clue as to what you are talking about. You have swallowed and absorbed the lies that have been taught in the government schools for generations. That is the axis of the debate.

The South was right. Slavery was not the cause. We Southerners have blood ties to the men that fought for their independence against the invaders. No one will take that from us.

Merry, you may be a resident of the South now, but you need to go back to New York, New Jersey, California or wherever you came from. We are proud Southerners and are very proud of our heritage and will support all veterans past and present, unlike you. I am a veteran’s wife and I support all veterans who fought for our great country.

Have you ever heard the phrase, “when in Rome”? I wouldn’t move to another area and expect them to change their opinion of their culture or history just because it’s different than my own.

We Southerners are proud of our past and our ancestors. They stood up for what they believed in and fought back. Would you have the backbone to do so nowadays?

Historically, the U.S. Constitution enshrines the practice of slavery and the genocide of native Americans. The U.S. Supreme Court further endorsed the rights of slaveholders in the Dred Scott decision. Today, we find these attitudes deplorable. Yet, they are history — our history.

What to do about it? Keep thinking. Keep growing. Keep changing. Make our country a better place for Americans of all stripes. Decisions made in earlier times are always up for review and reinterpretation.

… On the fence: Lee Wagoner breaks up boulevard monotony

I love the fence. I moved out that way just before she started decorating it and I have enjoyed seeing every bit of its journey.

Love seeing this fence. I live in Cleveland and when I come to Salisbury I like to drive by and take a look.

That is the coolest fence. It seems to change from time to time. It’s fun when we spot something new about it.

I love this article. It answered so many questions. It didn’t seem fitting in this day and time to just knock on the door and get my questions answered.

Mrs. Wagoner, thank you for sharing your creativity with us. I’ve seen this fence many times and I love the uniqueness of it. This article did help me to know I haven’t completely lost my mind; the fence really does change.

Great article. When I now hear “Salisbury fence,” it’s good to have this one as an association, in addition to Suzanne Blackmer’s of long ago.

… Braised in the South food truck makes a stop in Salisbury

Wishing Braised in the South continued blessings in their food truck journey. The food was fabulous.

I look forward to attending,  happy that Darrell Harwood and the CWB will be performing. He is an awesome entertainer and does a lot to support raising funds for cancer and … to entertain special needs persons. A wonderful addition to the festival.

Welcome to the big town of Landis. I am looking forward to seeing what goes in here

Sounds like this could help the area big time. Thanks, Mike Wallace.

What a dedicated and awesome lady. She found her own very special way to express her enormous love and gratitude to our veterans. She reminds me of my mama. The world is a much better place with people like Gerry and her crew in it. Quilt on, sweet lady.

Beautiful woman. Wish more of us could be like her.

The “suspect” was … a beautiful soul and sadly he was sick. … He was not a drug addict nor was he a criminal. We are praying for everyone involved and pray that the Lord will help to heal this city and this nation. Our hearts are broken.

It’s sad to see that people are so quick to pass judgment when they know nothing about a person or their situation.

It’s still heartbreaking to his family. But he was breaking the law and almost took the lives of innocent people. The police officers did their job. Now, did people get hurt and die? Yes. That’s sad, but it’s what can happen when an armed robbery occurs. … Thank you, Salisbury PD, for keeping the citizens as safe as you can.

What do you expect from a town that doesn’t let its people progress by hiring only minimum wage jobs, giving in to corporate Fortune 500 companies to make the real big bucks? And the working-class business owners get slapped in the face with ridiculous restrictions. Eventually high crime and a poor economy in town result in violence. And a poor education system. It’s time for a change, don’t you say?

Gloria, you sound like a typical liberal who is looking to blame everyone else for your problems. How many people live in this community under the same conditions as you described and do not go out and commit crimes?

It’s not a community problem; it’s a moral issue and that moral issue is in the person themselves. So sick and tired of hearing it’s the community’s fault. People have to learn to take responsibility for their own actions.

He was just with me Wednesday and he was not a drug addict nor a criminal. Very sweet young man whom I’ll always love. Rest now, nephew.

We need to publicly recognize the officers who did this heroic act. Perhaps at the first City Council meeting with our newly elected members. Way to go, Salisbury Police Department.

Thank you, Salisbury Police officers for your sacrifice and your protection for us.

To have a loved one commit such a henious act can be nothing but shocking and traumtizing to a family. The initial gut-wrenching act of denial and justification certainly comes from the pain they were feeling in that moment, and just shows that the tragedy extends its reach beyond those who were directly involved and were there.

I will continue to pray for the Jones family as well as those who were shot and their families along with everyone impacted by this.

Logan is an awesome young man. Please join us in praying for Logan and his family during his healing journey. CHAOS youth loves you, Logan.

… East Rowan students take lessons in empathy out into community

Wow, what a wonderful opportunity for students to tackle real world situations. Kudos to Ms. Graf and her English class.