“King of the Court” volleyball fundraiser raises $5,500 for foundation 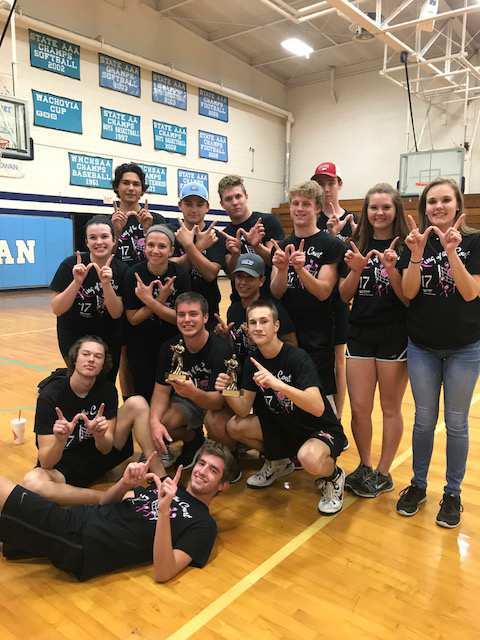 Together, the six area high schools raised more than $5,500. All proceeds will be donated to the hospital foundation in support of its breast health fund, which covers the cost of mammograms and ultrasounds for women who are uninsured or underinsured.

“As an East Rowan alumna and native of Rowan County, I love seeing this type of partnership with the hospital and our school district,” said Kristen Trexler, development manager of Rowan Medical Center Foundation. “We are two large organizations within the community that can do so many great things together.”

The King of the Court fundraiser is held each October in recognition of Breast Cancer Awareness Month. Each high school picks a junior and senior team of six to eight players who compete at a championship tournament.

The 2017 tournament was Nov. 8 at West Rowan High School. Winners this year were the South Rowan junior team and the South Rowan senior team. Players on these two teams will receive a Go Burrito party sponsored by Novant Health Rowan Medical Center Foundation and will also be recognized at an upcoming hospital foundation board meeting.

The high schools hosted additional fundraisers throughout the month of October such as “Paint the Schools Pink,” for which students sold pink ribbons. East Rowan High School received the “Bragging Rights” trophy for raising the most money, $3,300.

Catawba to hold 30th service of Lessons and Carols