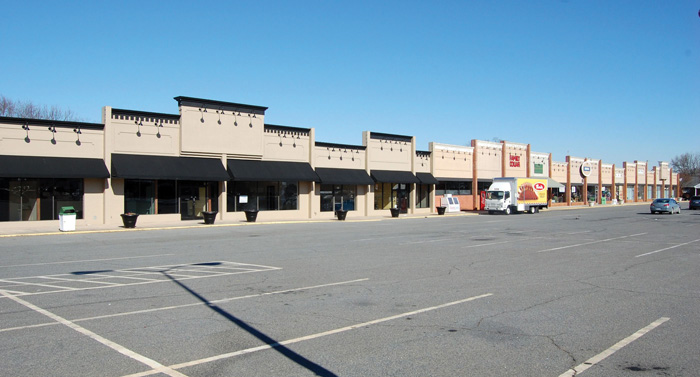 The town of Spencer may move its Town Hall and police station to former retail space in Park Plaza. Post file photo

Laurels to the Spencer Board of Aldermen for potentially addressing two problems with one solution. Squeezed for space in the former dorm building that now serves as Town Hall, the board agreed Tuesday to take a look at moving Town Hall and the police station to Park Plaza. The large retail center has been mostly vacant for years, and Spencer needs something to happen there.

That said, the proposed purchase is reminiscent of Rowan County government’s purchase of the former Salisbury Mall, now West End Plaza. The impetus behind that purchase was also the need for more county office space, according to the commissioners serving at the time of the purchase. The purchase was controversial, though good things appear to be on the horizon now with the IDEA Center to encourage entrepreneurs.

Spencer’s Park Plaza sits in the heart of town and is highly visible to people who visit the N.C. Transportation Museum. The huge, empty parking lot doesn’t send the positive message that town leaders would like. If the financials work out without putting a burden on taxpayers, breathing life into Park Plaza looks like a stroke of genius. If the town converted part of its monster parking lot into an actual park, all the better.

Dart to the impossibility of designing a road widening project that could please all the people all the time. Someone is going to be unhappy.

That appears to be the case with the changes the Department of Transportation has proposed for Julian Road. Once little more than a cut-through to Interstate 85 for most people, Julian has become a major part of the street system that moves people and vehicles around Salisbury, seeing as many as 20,700 vehicles a day near Corporate Circle. If you’ve ever waited in traffic backed up at the Jake Alexander Boulevard intersection, you know something’s got to give. Congestion at peak hours no doubt has contributed to the road’s relatively high crash rate — 628.43 crashes per 100 million vehicle miles traveled, compared to a statewide rate of 247.48.

Some people at the DOT’s informational public meeting on Tuesday saw trouble ahead in the proposed changes. DOT and city officials should be sure those people’s concerns are heard and responded to. But others in trucking and transportation-related businesses liked what they saw. Business in the Julian Road area is growing; the road will have to grow with it.