As if you’re not worried enough, enter Brett Talley 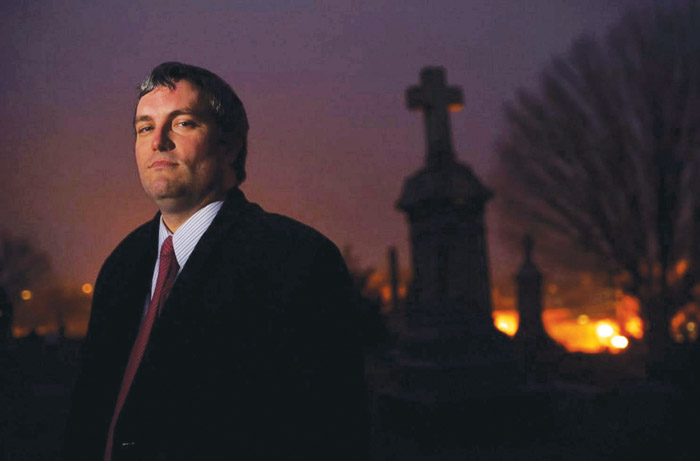 You are not worried enough.

Granted, that may seem a nonsensical claim. Assuming you don’t belong to the tinfoil hat brigades who consider Donald Trump the greatest thing to hit 1600 Pennsylvania Avenue since Abraham Lincoln left for the theater, you’ve spent the last year worrying as much as you know how.

There has certainly been no shortage of things to worry about: white supremacy, Russian interference and nuclear war, to name a few. Not to mention that a credibly accused child molester may soon join the United States Senate as a Republican — the party of “family values.” Of course, the self-confessed sexual predator in the Oval Office thinks the accused child molester should step aside, news that gave irony a stroke and left satire unemployed.

So yes, chances are, you’re worried plenty. But you’re probably not worried about Brett Talley. Indeed, you’ve probably never heard of him.

If Trump has his way, though, Talley, 36, will soon be a federal judge. His qualifications for that honorable — and lifetime — position? They’re pretty well nonexistent.

He graduated Harvard Law School in 2007, so there is that. Since then, Talley has worked as a law clerk, a speechwriter, and also as a deputy attorney general and solicitor general in his native Alabama. He writes horror novels. And he blogs and tweets.

The one thing the would-be federal judge has never done is, well … judge. Or even try a case. In fact, he’s only been a lawyer for three years. The guy Trump thinks fit to oversee a courtroom has never even been in a courtroom as the attorney of record. What, then, are his qualifications?

The aforementioned blogs and tweets are instructive. In them, Talley emerges as a right-wing culture warrior, loudly decrying “Hillary Rotten Clinton,” condemning the “outrage” of calling for gun control after the Newtown massacre, urging his readers to join the NRA, and otherwise shredding any lingering illusion of judicial impartiality.

Before Trump came to town, the American Bar Association hadn’t rated a judicial candidate “not qualified” since 2006. Counting Talley, it has now given that rating four times since January. Which didn’t stop Talley from sailing through the GOP-controlled Senate Judiciary Committee and on to the full Senate, where he’s expected to be approved on a party line vote.

Even if he isn’t — news broke this week that Talley failed to disclose his marriage to a White House lawyer, which has raised conflict-of-interest questions — it would provide little solace. There’s more where he came from, including Jeffrey Mateer, who once called transgender children part of “Satan’s plan” and disavowed the separation of church and state.

He was also given a pass by the Judiciary Committee. He is also awaiting confirmation.

And it bears repeating: these are lifetime appointments. Your children’s children could end up before one of these men, seeking justice.

It’s understandable that we are mesmerized by the frequent, high-profile illustrations of Trump’s unfitness. But arguably more frightening and important are the low-profile ways he is institutionalizing Trumpism, imposing changes whose effects will linger long after the stench of him has left the Oval Office.

And he knows it.

As Trump bragged last month, “The judge story is an untold story” whose consequences will be felt “40 years out.” He’s right about that. So let’s start telling it. Because you’re not worried enough.

You could stand to be angrier, too.