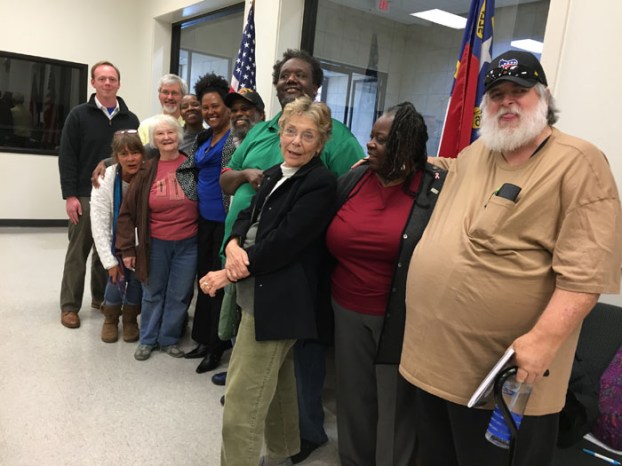 Here are the totals after Tuesday’s count. The top five will be elected to the council:

SALISBURY — In a back room of the Rowan County Board of Elections office, about a dozen people gathered Tuesday to await the final tallies from the 2017 municipal elections.

The group included the ballot leader, Al Heggins; her husband, Isaac; and supporters from the Rowan County Democratic Party and Rowan Concerned Citizens.

Heggins shot him a look.

“Can I sneak out now?” she says, joking as well.

The news was met with cheers and a few celebratory hugs.

The five candidates elected to the City Council will choose a new mayor from among themselves. Traditionally, the mayor has been the candidate who got the most votes in the elections. If that tradition holds, Heggins would become Salisbury’s first African-American woman mayor.

Heggins said Tuesday that while the weight of the milestone has yet to sink in, she knows her personal victory reflects the victories of activists and advocates past and present.

“I’m so thankful to all of the people in the past moving forward that have worked to see days like today. We honor them and their hard work,” she said. “I feel thankful to all those people who are dedicated to creating and sustaining harmony.”

Heggins hopes to bring the new and historically diverse City Council together to work for the community.

“I’m hopeful now that the numbers are in that our council is going to move together as a team, that  … we’re going to work hard as a team and that we’re going to make sure that the public feels like they’re part of this team,” Heggins said.

“It’s not about the vision and the idea of one person or five people. It’s really about how we’re going to bring together all these voices to make that happen,” she said. “I feel confident that the City Council will honor the traditions of our city and make decisions that reflect what is best for our citizens.”