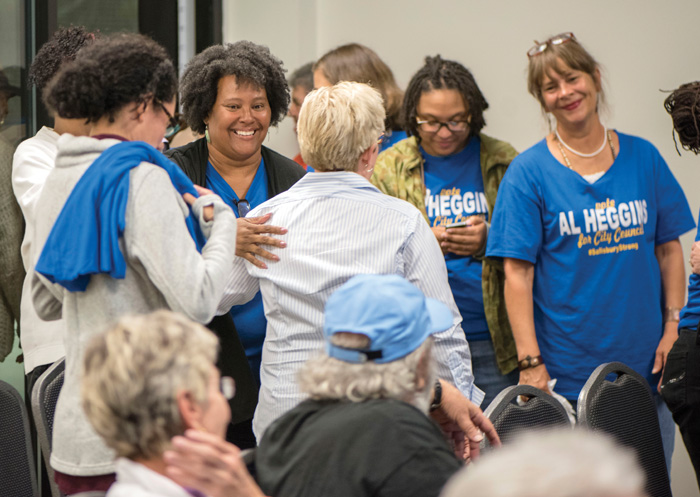 News is ever-changing, with each day’s edition of the paper giving a snapshot of time. On Tuesday, new information changed one Salisbury news story, and another remained the same.

First, the story that is unchanged: Al Heggins is still the top vote-getter in the Salisbury City Council election.

Her election-night lead of 12 votes over David Post was narrow enough that a final count of outstanding absentee and provisional ballots became more momentous than usual. Twenty-two provisional ballots and 47 or more uncounted absentee ballots had the potential to change the order of finish and therefore the council’s traditional choice of the next mayor.

The order did not change after the rest of the ballots were counted. While David Post’s supporters have every right to be disappointed, this is something of a relief. If a new count had disproved election-night returns showing Heggins as the leading vote-getter — and likely the next mayor — the results would have been controversial and, in some people’s minds, suspicious.

The Rowan County Board of Elections is known for doing things by the book. In this case, thankfully, the “by the book” count upheld the Nov. 7 order of finish. There’s one more hurdle to clear, the board’s final canvass of the votes on Thursday.

Now for the change. Relatives of the man who robbed a Salisbury Wells Fargo bank and shot two people last week, the late Paul Jones III, asked to meet with Post reporter Shavonne Walker on Tuesday. They wanted to apologize for the crimes he committed and to say they make no excuses for him.

Reports that Jones was mentally ill and that the family blamed failures of the healthcare system for his actions were inaccurate, the relatives said. They said the woman who shared that theory with the Post and said she was speaking on the family’s behalf was giving her opinion.

Jones’ relatives deserve respect for stepping up to apologize. They are grieving, but they know he caused great harm, and they are sorry for it.

More details may come to light after the FBI and SBI complete their investigations of the bank robbery and police shooting. But what went through Jones’ mind to spur him to such desperate action could forever remain a mystery.