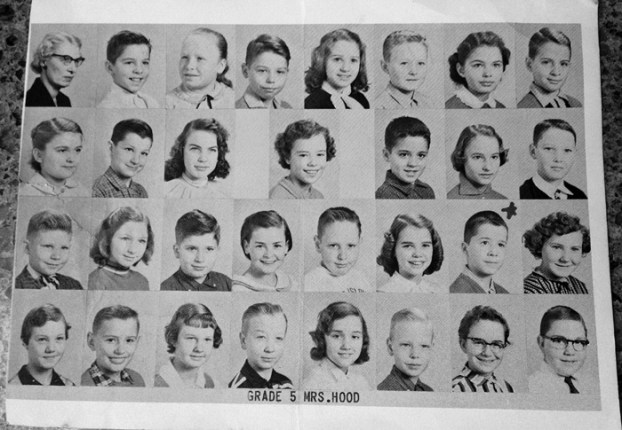 Yesterday: A fifth-grade class at A.T. Allen School in 1957

Bob McCulley, who now lives in Jacksonville, Fla., sent this photo of Mrs. Hood’s fifth-grade class at Salisbury’s A.T. Allen School, where he attended all of his elementary school years. He thinks this was 1957. ‘Mrs. Hood, our teacher, kept a paddle in the top right drawer of her desk that had a profound effect on my behavior,’ McCulley says. Bob’s dad was pastor at Park Avenue Methodist Church. Of his classmates, he remembers Ricky Driscoll and the first names of others such as Malcolm, Cecil, Neil, Richard, Molly and Stanley. ‘Just a great time with good friends,’ McCulley says. ‘I hope all of them are doing well.’ He says everyone in the photo would be 70 today, or close to it. McCulley chose elementary education as his career and retired as an elementary school principal three years ago. In this class picture, McCulley is the boy pictured in the second row up and second from the right. ‘Someone put a star over my head,’ he notes.

Yesterday: The original Hendrix Barbecue spot in the early 1950s