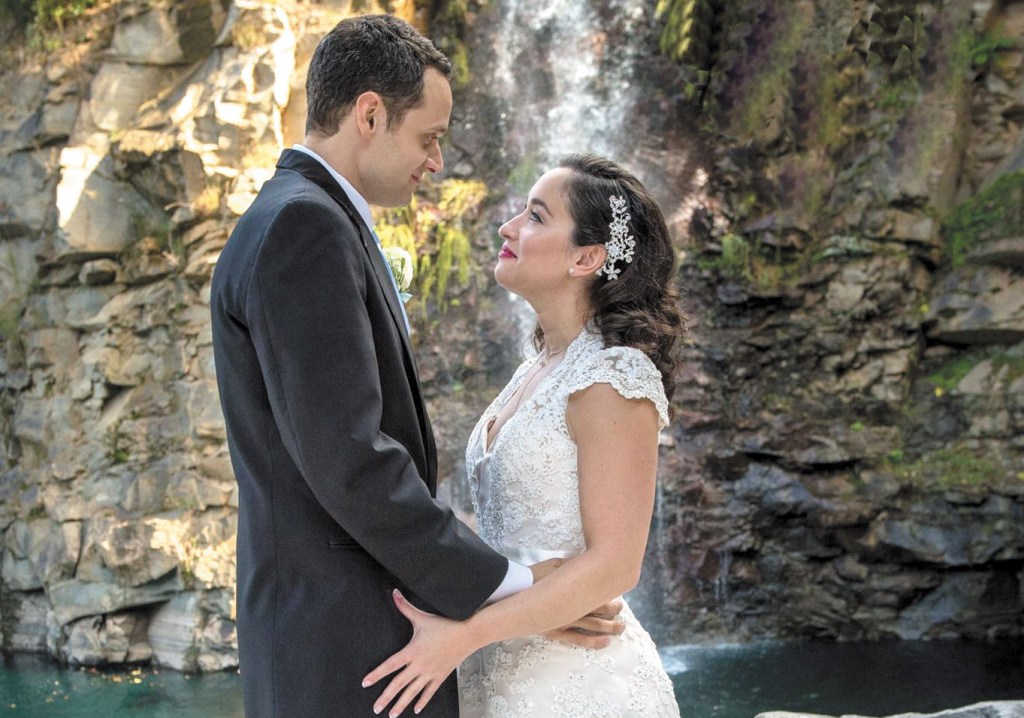 Felicia Daniel and Todd Feaser of Kannapolis were united in marriage October 15, 2017, at The Quarry at Carrigan Farms in Mooresville.

Rev. Timothy Feaser officiated the 12 p.m. ceremony, which was followed by a reception at The Quarry at Carrigan Farms.

The bride was escorted by her father, Gary Daniel and attended by Alicia Nance  of Rockwell as matron of honor. Bridesmaids included Carejeanne McClary of Rockwell, Belinda Stafford of Fort Lawn, S.C., Amber Freeze of Mooresville, and Shawn Burger of Statesville.

Zac McClary and Jason Nance of Rockwell served as ushers. Serving as flower girls were Payton Karns and Scarlett McClary of Rockwell.

Felicia is the daughter of Delores and Gary Daniel of Rockwell and the granddaughter of the late Elva and Howell Kesler of Salisbury and the late Ruth Daniel and Sam Daniel of Mocksville. A 2002 graduate of East Rowan High School she graduated with honors with a degree in Communication Studies in Media Production from the University of North Carolina at Chapel Hill in 2006. She is a Scheduling Coordinator at FOX Sports.

Todd is the son of Rev. Timothy and Sue Feaser of Reisterstown, Md., and the grandson of Ernestine Darling and the late David Darling of Battle Creek, Mich., and the late Paul and Aletha Feaser of Fort Wayne, Ind. A 2004 graduate of Franklin High School he is a Location Manager for film/television.

Following a honeymoon in Puerto Vallarta, Mexico the couple will make their home in Kannapolis.