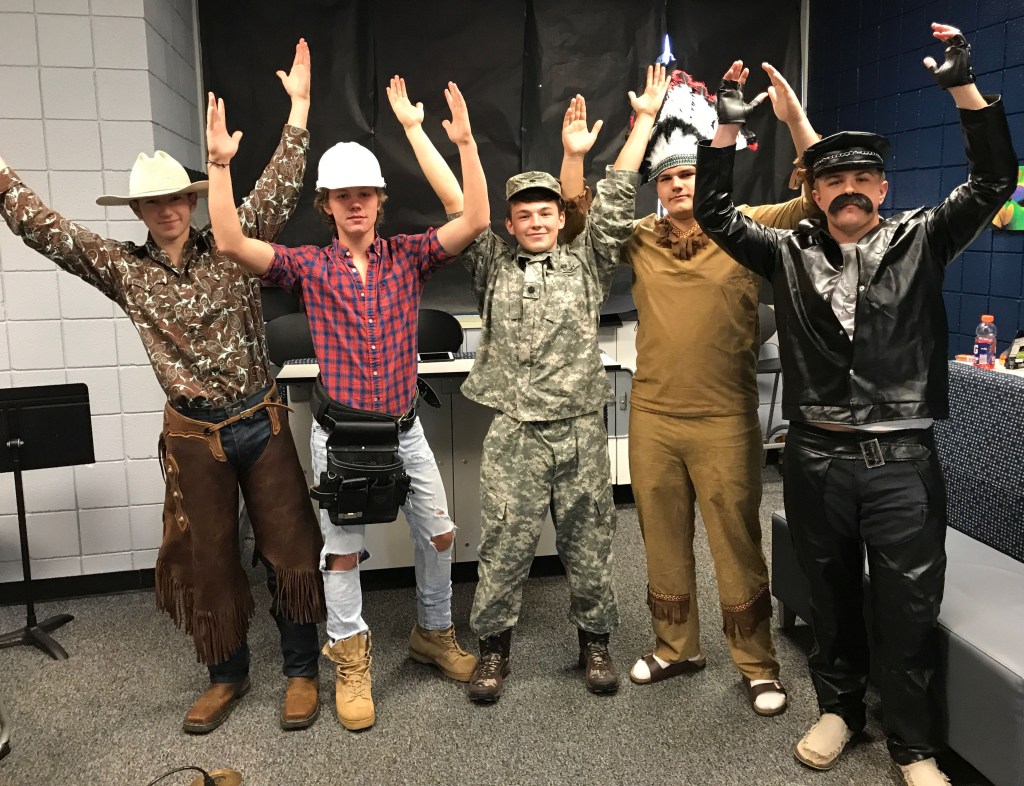 GRANITE QUARRY — What is “bEASTmode?”

“bEASTmode?” is a time when students have freedom to research, study and read about the world we are living in. This time gives students the opportunity to discover things they’re interested in from the past and present.

Recently during bEASTmode time, Wendy Fontenot’s Honors English III class came up with the idea to re-create the 1970s.

What do you think of when you hear about the 1970s? Well, our class thought of different musicians, politicians, movies, social issues, technology advancements and iconic speakers.

Being modern teenagers, we decided to put a little 2017 spice on it. We had our media center looking like it jumped into a time machine and went back into the ’70s. The people we discovered were: the hit rock band AC/DC, the Bee Gees, the Village People, Billie Jean King, Elvis Presley, Elton John, Tony and Stephanie as they were portrayed in the movie “Saturday Night Fever,” and other influential people from that time period.

We got to choose what we wanted to do based on what interests we have and talents we possess. For instance, the Bee Gees consisted of three ladies in our class who are associated with chorus and love to sing.

Steve Jobs also made an “appearance” and discussed Microsoft and Apple products that were invented in the ’70s along with floppy disks and other technologies. Our production “Staying Alive in the ’70s Hustle” accurately captured the 1970s era and gave everyone a chance to discuss what interested them while showcasing their talents.

Disco music allowed Americans to escape the reality of the postwar country. After Vietnam, our veterans were being disrespected because Americans didn’t agree with the war, and the war also put America in debt. President Nixon attempted to keep the peace in America, but it was a hard task to complete due to the country being divided.

Also, we learned about the drug epidemic, measures toward equality, politics, music, expressing yourself, etc.

Most of the musical groups chose Dean Orbison, the chorus teacher, or math teacher and musician, Mr. Foreman.  People’s love of music was also divided in the 1970s. Some loved disco and hated rock while others loved rock and hated disco.

At a White Sox baseball game the admission price was lowered if you brought a disco record to burn. The average game turned into a fiasco; people were jumping the gates and running across the field to make sure their records were burned. What was supposed to be a small fire turned into a massacre of disco records.

During our three presentation dates, we had the privilege to showcase our work to other classes as well as a few eighth-grade classes from Erwin, our families and community members.

In future bEASTmode projects, we will continue to use these topics as a springboard to relate American literature and our world today. Overall, this project was a fun and creative way we could combine all of our talents together and make a presentation that was interactive and that everyone enjoyed.