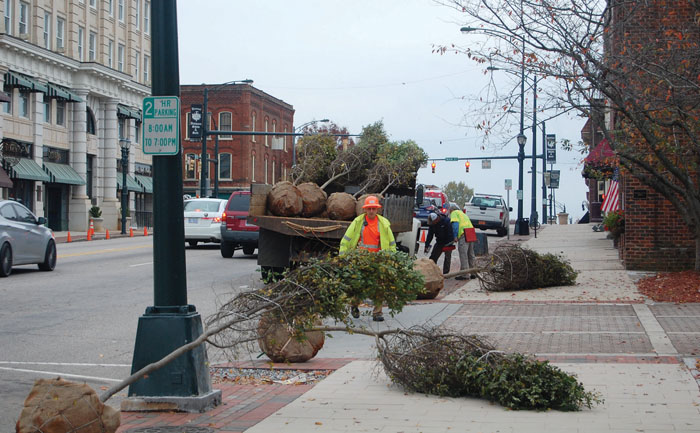 SALISBURY — The trees along West and East Innes in downtown Salisbury that were removed this summer to build new sidewalks are being replaced today.

City works brought a truckload of about 10-foot trees, their root balls wrapped in burlap, and began unloading them this morning along the 100 block of West Innes Street.

During the sidewalk project, squares where the trees had been were left open for future plantings. Each square was covered with gravel.

The parking spaces on both sides of the 100 block of West Innes Street were blocked off for the planting work. Deirdre Parker Smith/Salisbury Post City workers begin the plant trees to replace the ones that were cut down this summer along Innes Street. Employee deductibles are up, but Granite Quarry saves money…