Yesterday: The original Hendrix Barbecue spot in the early 1950s 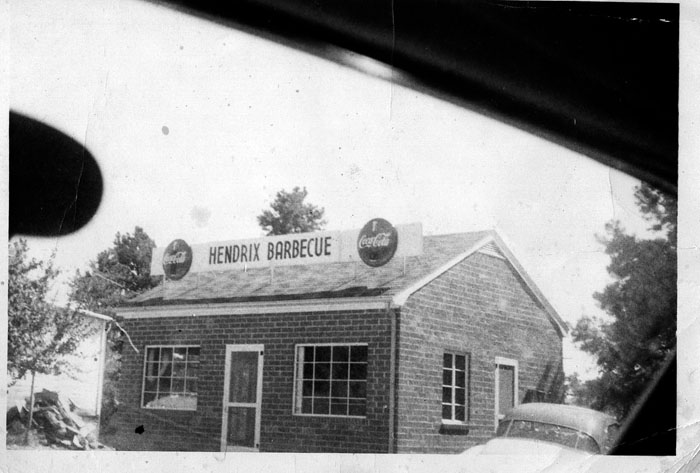 Tommy Kepley provided this early 1950s photograph, taken from the front seat of a car, showing the first Hendrix Barbecue location on U.S. 70, close to the intersection of Enon Church Road. Homer and Wilburn Hendrix operated that first Hendrix, according to information supplied by Kepley and Wayne Hendrix. Kepley thinks it was only big enough to have three stools at its counter. The barbecue pit was in the basement. Hendrix Barbecue outgrew this first building and moved a bit closer to Salisbury at the current U.S. 70 location near Majolica Road. The original Hendrix Barbecue was built next to E.T. Kepley’s grocery store. Bob Kluttz did the brickwork and Glenn Pinkston was the carpenter. E.T. Kepley was Tommy’s dad, and he later made an apartment out of the first Hendrix building, which no longer exists. Hendrix Barbecue now has three locations.

Yesterday: Southern Railway ‘Brothers of the Brush’ from 1953