Editorial: Don’t be silent in this election 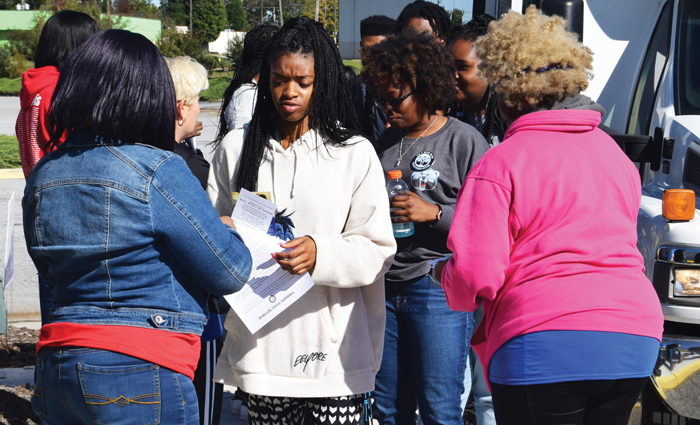 Livingstone College shuttled students to and from the Rowan County Board of Elections Wednesday to give the campus a chance to vote early. Rebecca Rider/Salisbury Post

People died to secure and protect our right to vote in the United States. Be sure you exercise that hard-won right every chance you get.

Tuesday is Election Day for municipalities across the state, including 10 in Rowan County. Polls will be open from 6:30 a.m. to 7:30 p.m. Every registered voter who fails to go to the polls surrenders the power of his or her vote to someone else.

Municipal elections are notorious for low voter turnout, even though they often have the most direct impact on our lives. Your right to vote is just as critical this year as it was during the presidential election in 2016 if not more so.

Establishing an independent United States of America was a bloody endeavor. The people who populated the colonies tired of British laws and taxes and the capricious king. They wanted to elect their own leaders, set their own laws and taxes, and they were willing to fight for it. As Patrick Henry said, “Give me liberty or give me death.”

Through the years our country has gone to war several times to protect democracy. Most of us are comfortably removed from that rough reality. We take our vote for granted.

As great as the American story is, the Founding Fathers’ belief that “all men are created equal” had broad exceptions. Conspiciously omitted were women and African-Americans.

Women were considered too emotional to make sound political decisions. Once  involved in politics, they might stop marrying — a threat to the human race, it was suggested. All that folderol was finally overcome in 1920, with ratification of the 19th Amendment establishing women’s right to vote. As Susan B. Anthony declared, “Men, their rights, and nothing more; women, their rights, and nothing less.”

Black citizens’ right to vote was written into the Constitution earlier than that, in the Fifteenth Amendment, but in many instances the amendment was a hollow gesture. In practice, blacks faced cruel obstacles to voting, and many died or were injured in the struggle for civil rights.  Finally, the 24th Amendment, passed in 1964, outlawed poll taxes. In 1965, President Lyndon Johnson signed the Voting Rights Act into law so that black citizens could not be barred from asserting their voice at the ballot box.

“Our lives begin to end the day we become silent about things that matter,” said Martin Luther King Jr.

This election matters. Don’t be silent.