Train stalled on railroad tracks for more than 30 hours 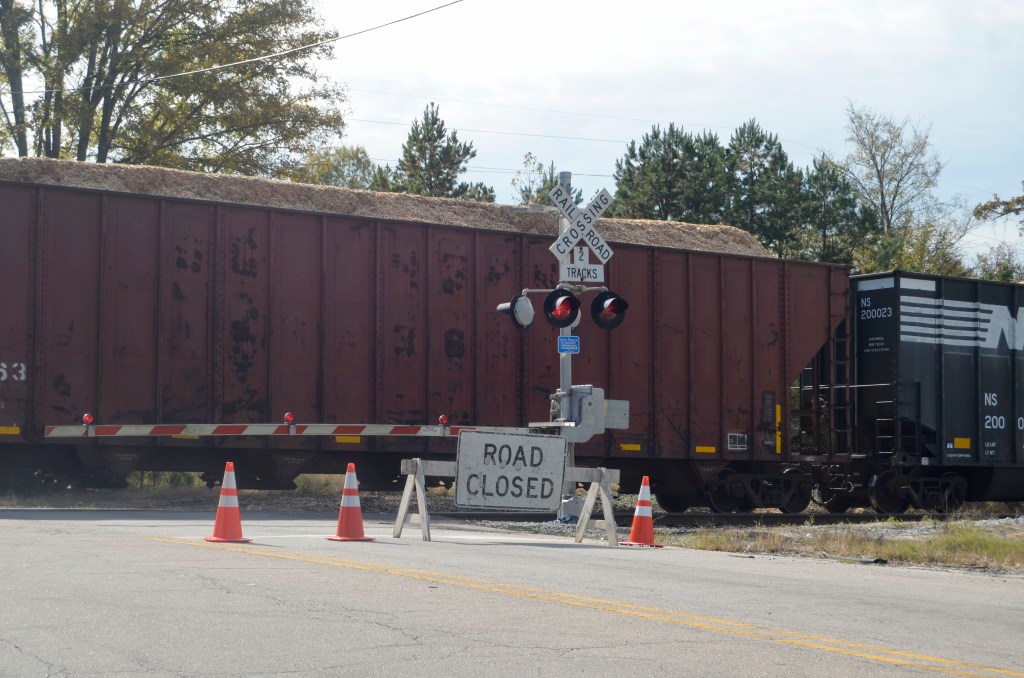 This Norfolk Southern train has been stalled at the Brenner Avenue crossing for much of Thursday and Friday. Officials say there was an equipment problem at the nearby Linwood rail yard, causing a back-up. Shavonne Walker/Salisbury Post

SALISBURY — A train that has been blocking the Brenner Avenue railroad crossing for nearly two days, much to the dismay of motorists, because of equipment problems, according to Norfolk Southern officials.

Motorists have had to detour around the intersection, which is at the end of the Hefner VA Medical Center campus.

The train stopped because of an equipment problem at the nearby Linwood Yard, about three miles from Salisbury. It was prevented from entering the yard, said Norfolk Southern spokeswoman Susan Terpay.

She said Norfolk Southern is slowly moving trains into the yard, but added that “as several trains in the southern part of our rail system have been affected, moving all the trains is taking time.”

Terpay estimated the train would be moved later Friday evening but she did not have a precise time.