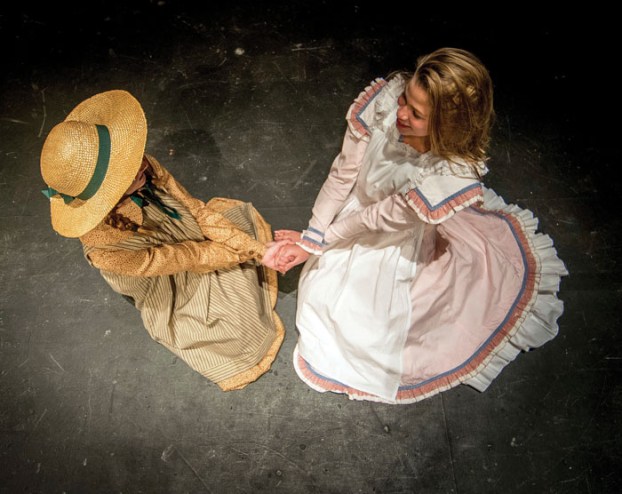 When aging siblings Matthew and Marilla Cuthbert send to an orphanage for a boy to help on their farm located in the fictional town of Avonlea in Prince Edward Island, they instead receive a plucky, romantic, hot-headed young girl named Anne.

Although she is certainly not what they had in mind, her energetic spirit and active imagination quickly charm Matthew who then convinces Marilla to let her stay.

Over the next 6 years, Anne forms lifelong friendships and intense rivalries while winning the hearts of the entire town and brightening up the drab rural Canadian community.

Piedmont Players Theatre’s first youth production of the 2017-2018 season, “Anne of Green Gables,” is based on the popular 1908 novel by Canadian author L. M. Montgomery and adapted for the stage by Peter DeLaurier.

PPT’s version, directed by first time PPT director Tony Moore, holds closely to the original characters and events in Montgomery’s classic story. This swift yet theatrical adaptation of the classic novel is an all-ages crowd-pleaser.

Although written for all ages, it has been widely considered a children’s novel since the mid-20th century. Since its publication, the original book has sold more than 50 million copies having been translated into more than 36 languages and taught to students around the world.

Filmmaker Kevin Sullivan developed the story into a series of film and television productions that have been seen in over 140 countries and garnered four Emmy Awards and a Peabody Award.

In order to bring Green Gables to life on the Norvell stage, Reid Leonard and the PPT tech crew built a fantastic set, including a farmhouse with a visible kitchen and bedroom. Set in the 1890s, the PPT production also features some stunning period costumes designed by Ashley Ward and Eastern Costume Company.

Beginning next Friday night, PPT’s “Anne of Green Gables” will win over audiences at the Norvell Theater with an irrepressible spirit and imagination and a warm, poignant story about love, home and family.

Lee Street theatre’s ‘Next to Normal’ is anything but normal

By Caitlin Wade Billings for LSt  “Next to Normal” is a Tony Award winning musical with a fabulous book and genius... read more