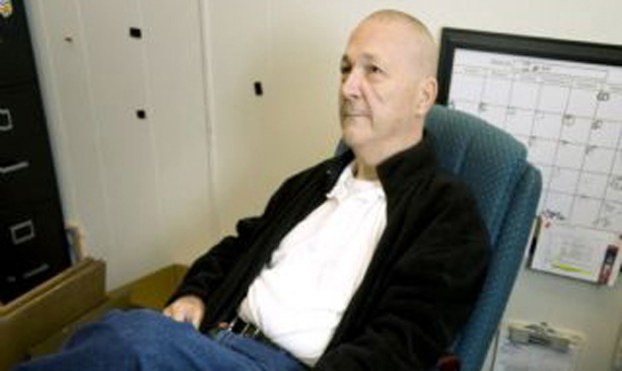 GRANITE QUARRY — There was a time when the town of Granite Quarry didn’t have a police department and was patrolled by deputies of the Rowan County Sheriff’s Office.

But in 1997, Clyde Adams was appointed as the town’s first police chief, and he was instrumental in forming the Police Department.

Fellow law enforcement officers and Granite Quarry leaders say Adams, who was 73, was a gentle giant and a humble person who cared about his community.

Adams had served the town for more than 20 years when he retired in 2010. After his retirement, the town named the police headquarters the Clyde Adams Jr. Law Enforcement Center. Adams had also worked in the Rockwell Police Department for a number of years and was a member of the Granite Quarry Fire Department.

Former Mayor Mary Ponds said Adams’ name will forever resound in the town of Granite Quarry. She said Adams was an icon and a “gentle giant in the hearts of many people.”

“He didn’t do anything for any kind of recognition. A gentler soul, there is none,” she said.

Ponds said Adams was a person who was always there during a time of need.

“You didn’t have to always tell him; he sensed the need. He was unique within himself. He was not loud or boisterous. He was such a humble, quiet servant of the people,” she said.

Rowan County sheriff’s Lt. Chad Moose was a patrol officer in the 1990s and worked part time under Adams at a time when the Granite Quarry Police Department was newly formed.

Moose, who was then a bailiff for the Rowan County Sheriff’s Office, made his first arrest in Granite Quarry under Adams.

“He cared about his town and officers,” Moose said.

Moose recalled a time when he and Adams tracked a thief who had stolen a child’s headstone and repainted the marker. Adams helped Moose clean the paint from the headstone before it was returned.

He recalled Adams being a man who was always enthusiastic about law enforcement at a time when many who had worked as long as he had were burned out.

“He was well looked up to in the community as being very fair but a stern police chief,” said former Mayor John Linker.

Linker was mayor when the Police Department was formed.

He said Adams had a great work ethic and was tireless.

“He was such a dedicated, loyal person who loved the town so much,” Linker said.

He recalled a time while he was the mayor that he went on a night patrol with Adams, who apprehended someone who had broken into a number of vehicles.

Linker described Adams taking the suspect to the Rowan County Magistrate’s Office and processing him.

Linker and Adams went to the homes, and Adams apologized.

Mike Brinkley was also on the town board in the 1990s when Adams was appointed police chief. Brinkley recalled that he had interaction with Adams prior to work with the Police Department. He knew Adams from his days with the Granite Quarry Fire Department.

He said the board thought about who they could hire as the town’s first police chief and Adams came to mind. He’d been working as an auxiliary deputy with the Rowan County Sheriff’s Office and with the Rockwell Police Department.

“He lived here. He was the right man at the right place at the right time. We owe the current Police Department to his leadership,” Brinkley said.

“He was pretty much my mentor throughout the years,” Taylor said. “He was the epitome of hometown police chief. It didn’t matter what time of day or if something needed to be done, he came in and did it.”

Taylor recalled stopping a vehicle in the middle of the night and calling on the radio for assistance. In a short time, Taylor heard Adams in a sleepy voice check in on duty over the radio. He was on his way to help.

The investigator said if police were dealing with a teenager who’d done something wrong, Adams did all he could to give the teen a second chance. He’d call the parents and tell them that their child would be performing community service.

He kept a lot of teenagers from getting a ticket or spending a night in jail, Taylor said.

Adams is survived by his wife of 53 years, Carolyn, and their son, Darren. He was preceded in death by another son, Derek Adams.

The funeral service will be at 4 p.m. Thursday at Grace Lower Stone Church in Rockwell.