HVAC motor cause of smoke inside South Rowan High classroom 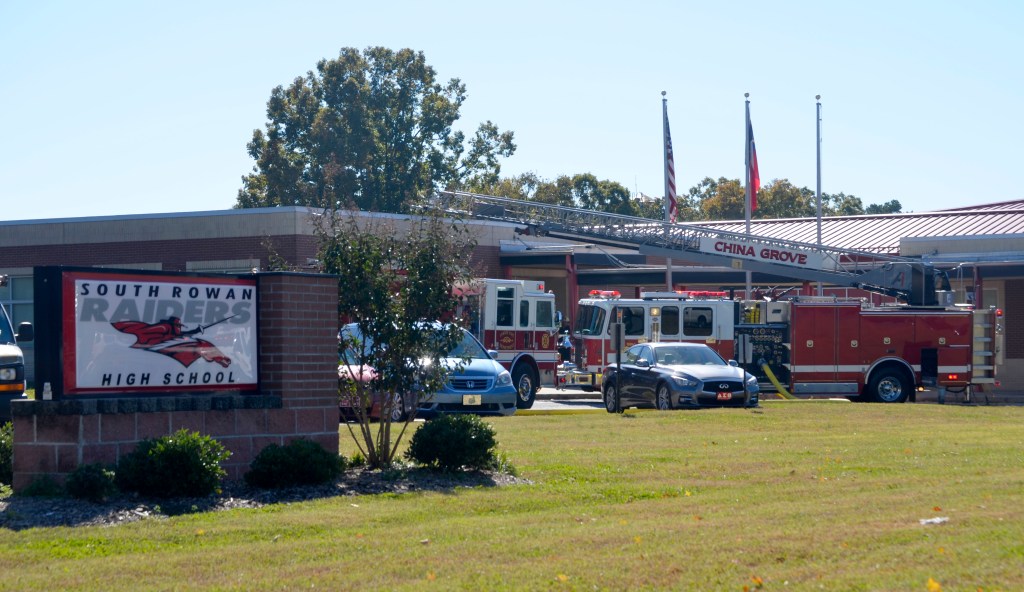 Multiple fire departments responded to a call at South Rowan High after a teacher saw smoke coming from the ceiling in a classroom in October 2017. Fire officials said there a malfunction in heating and cooling unit. Shavonne Walker/Salisbury Post

CHINA GROVE — Smoke from the motor of an air conditioning and heating unit filled a classroom at South Rowan High School on Tuesday afternoon.

The initial call to 911 came in at 10:56 a.m. School officials said evacuation of the building was in progress before firefighters arrived. There was moderate smoke coming from the ceiling in Room 103.

“The evacuation was as a precaution, and the school followed the protocol,” Linn said.

There was no structural damage, Linn said, but there was damage to the heating and cooling equipment that fed to that classroom. It’s likely the age of the equipment caused the malfunction, officials said.

The classroom could not be used for the remainder of the day.