Yesterday: Southern Railway ‘Brothers of the Brush’ from 1953 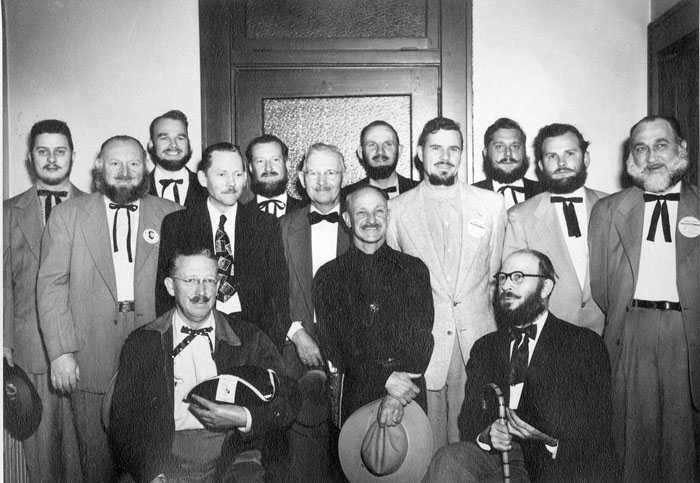 Thomas McCora provided this photograph to the Post. It belonged to Pat McCora, his grandfather, who after his service in World War I built a 43-year career with Southern Railway. Pat McCora is sitting on the front row at the far right. This photograph shows ‘Brothers of the Brush’ from Southern Railway’s Spencer Transfer Sheds. The men grew beards and mustaches as part of the celebration connected with Rowan County’s Bicentennial in 1953. This photograph was dated April 13, 1953, and as much as they are legible, Pat McCora provided names on the back. With apologies in advance for any misspellings, here are the men Pat McCora identified: Front row, left to right: Paul Owens, Truesdale Julian and Pat McCora; Second row: Jack Lentz, Boots Shumaker, A.A. Waggoner, C.J. Reed, M.P. Morgan and F.I. Melchor. Back row: Bill Wilhelm, Robert Miller, Doc or Doe Cashwell, Otis Blackwell and Jack Myers.