Other Voices: Tax reform not just a matter of ‘cuts’ 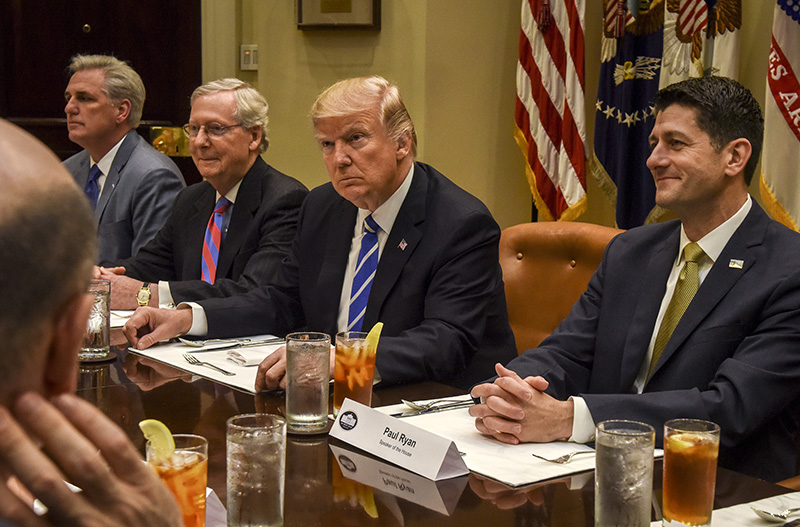 Congress adopted a budget last week, paving the way for the introduction of a tax bill, and the White House responded (as it is wont to do) with a tweet. “Budget passes house,” it read. “Momentum for tax cuts growing. #TaxCuts #TaxReform.”

Sadly, this message betrays a confusion that does not bode well for the prospects for smart tax reform. Tax cuts and tax reform aren’t the same thing. Tax reform is vital to strengthen the economy. Cuts without reform — meaning higher government borrowing and a shakier fiscal position — will weaken it.

The budget resolution envisions a tax plan that will cost the Treasury $1.5 trillion in forgone revenue over the next 10 years. If that were accurate, it would be $1.5 trillion too much, because U.S. public debt is already on a rising trajectory. But the revenue shortfall under the proposed “framework” would probably be bigger than that. (One can’t say for sure, because the plan is still full of holes.)

It’s true that well-designed tax reform can raise economic growth, offsetting some of the so-called static loss of revenue. It’s not true that growth can make tax cuts entirely self-financing. With the economy at full employment, there’s no scope for the kind of growth miracle that the administration predicts.

The basic approach should be to broaden the tax base, lower the rates, and avoid distorting economic choices in unintended ways. The current code is so encrusted with pointless complexity that, consistently pursued in a fiscally responsible way, a simpler system could bring improvements in growth, wages and living standards — but wise reformers wouldn’t take that for granted.

Reform should also aim to make the system as fair as possible. This means adjusting the burden among different groups of taxpayers — always remembering that one person’s tax cut is someone else’s tax increase. Who gains and who loses is a crucial question for any tax-reform plan.

These principles shouldn’t be controversial — and if they were embraced, they could open the way to compromise in Washington. President Donald Trump and the Republican majorities in Congress could prioritize simplification, together with easing taxes on profits and investment — measures likely to yield a long-term growth benefit. At the same time, they could meet Democrats’ demand for fairness by closing loopholes exploited by the rich and by raising the tax rate applied to the highest personal incomes.

As this quarrel grinds on, it’s helpful to remember three things. First, tax reform is about the promise of long-term growth for the economy as much as the immediate consequences for any particular tax bracket. Second, any reform plan should be judged as a whole, not praised or denounced item by item. And most important, the goal here — and accompanying hashtag emphasis — should be tax reform, not tax cuts.