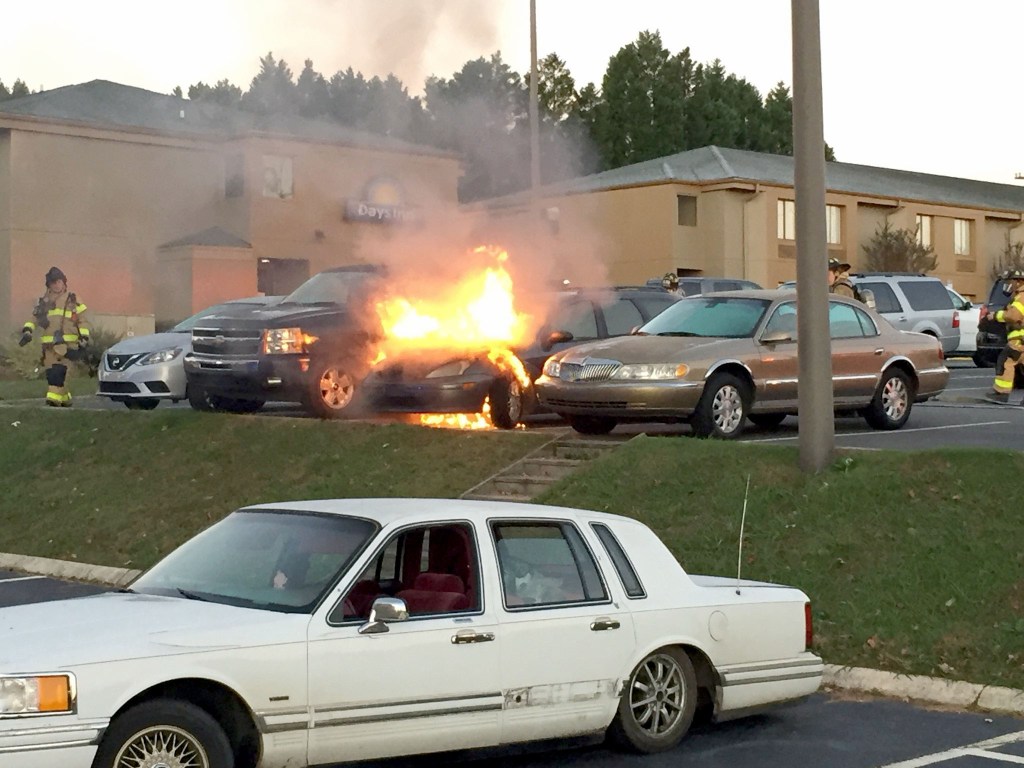 Salisbury firefighters respond to this early morning car fire Monday parked at the Days Inn hotel, 315 Bendix Drive. Police the owner parked, went inside to work and soon after was told his vehicle was on fire. No injuries were reported. Photo by Salisbury Fire Department

SALISBURY — Fire officials say no cause has been determined for an early-morning car fire in the parking lot of the Days Inn hotel.

The fire, which was reported at 7:32 a.m. Monday at 315 Bendix Drive, did not spread to any other car or structure. Some cars parked near it suffered heat damage.

The owner drove the vehicle to work and went inside. Not long after that, someone told him his vehicle was on fire, according to police officials.