What does it take to recover after the storm? 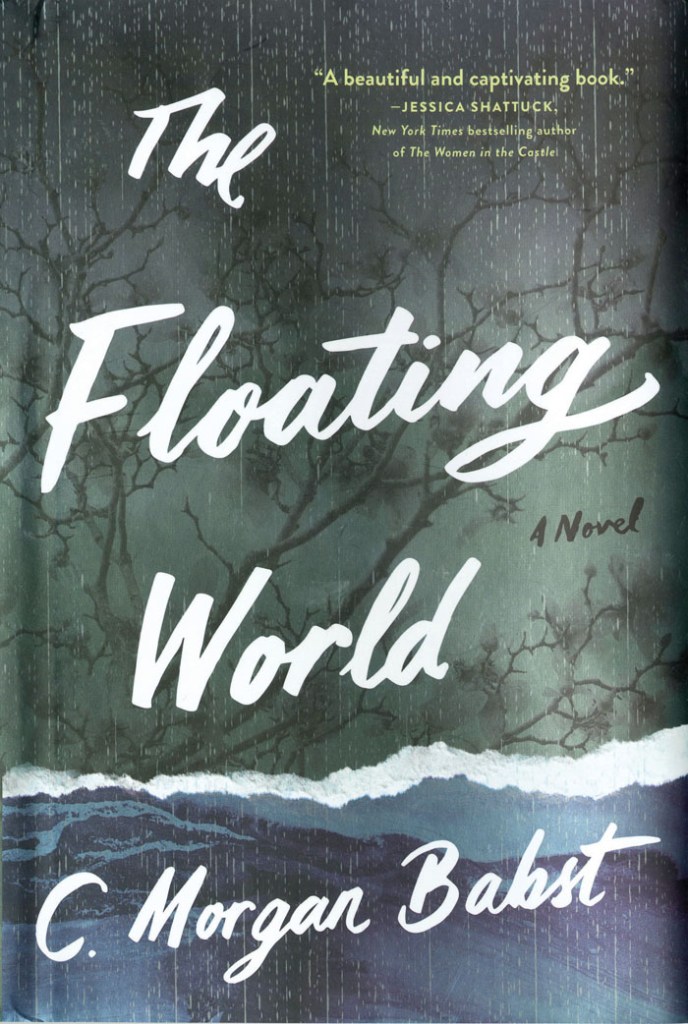 Wading through “The Floating World” of C. Morgan Babst is a struggle, with the fetid mud, molding debris and rotting corpses.

But that’s the reality of New Orleans post-Katrina. Harvey, Irma and Jose may have dulled your memories of the catastrophic Hurricane Katrina. It was the catalyst for changes in the way the nation handles natural disasters, or it was supposed to be. It was a failure of  government agencies that left the people, many of whom were poor and black, with no chance at recovery.

You and I cannot possibly imagine the level of destruction and desperation Katrina brought about, no matter what we saw on television.

Babst uses fictional characters to try to capture what happened. Through them, she can show how devastating it was. The property damage was one thing. The death toll was shocking. But even more, the hurricane destroyed relationships, families and psyches.

The author lays all that bare using one family, the Boisdorés. Father Joe is a Creole artist who comes from a long line of Louisiana cabinetmakers. Wife Tess Eshelman is a psychiatrist with family money who feels she must run everyone’s life because she is the smart one.

Daughter Del, Adelaide, escaped to New York, and when she returns to New Orleans, resentment and anger are her chief emotions. Daughter Cora is an emotional wreck, undergoing counseling, plagued by nightmares, both when she is awake and when she is asleep.

The first mistake the family makes is leaving Cora behind when they flee to Houston, assuming she will get out on her own.

Cora bears the brunt of the storm, the destruction of the family home, deaths, terrors. She loses herself for a while in hungry sex with a co-worker, Troy, who multiplies the tragedy by trying to save his mentally ill sister and her two young sons.

Losses mount; the family disintegrates, one member at a time. Joe’s father, Vincent, is disappearing into dementia, living in the past, but still skilled with wood.

Tess, disgusted with her husband for leaving their daughter, decides the marriage is over. Or maybe it never meant anything at all, and she beds down with a neighbor, a man she has known since high school, who is now widowed.

Del dedicates herself to saving her sister, no matter what it takes, no matter who is hurt. And when she’s satisfied she’s done what she could, she turns to Vincent, Papie, caring for him and trying again, to be what she was meant to be — a cabinetmaker.

Among the things the family learns, the daughters especially, is that Tess was never a loving mother. Joe realizes his obsession with her ultimately hurt him, took him away from who he was meant to be.

Where Cora is visceral and vulnerable, Del is defensive. The whole family is searching for who and what they can be after the storm.

Tess, self-absorbed, egotistical, is also white, and Joe is Creole. Their love is not enough, Joe’s love is not enough to make their socio-economic difference go away. Tess is old money. Joe is descended from slaves.

Tess becomes the villain, ultimately, with her fixation on self-care. She fall back into a life of privilege and exclusiveness so easily.

Everyone else is reinventing themselves.

Babst, who begins the book by switching from one character’s story to another practically mid-thought, evens the pace as she delves deeper into their stories. But the jumbled details right after the storm reflect the destruction. The longer explorations of the characters come as each one deals with the mental aftermath.

Small, beautiful images appear in the book, too, a relief from the horrible reality.

“The Floating World’ is not an easy book. But, like the fiction that appeared after 9-11, it’s absorbing and necessary and the ending fits. Nothing is neat or tidy, but it looks like these lives will go on.

Babst evacuated New Orleans the day before Katrina made landfall and spent 11 years in New York. She now lives in New Orleans with her husband and child.