Josh Bergeron: Thanks for the memories, Salisbury 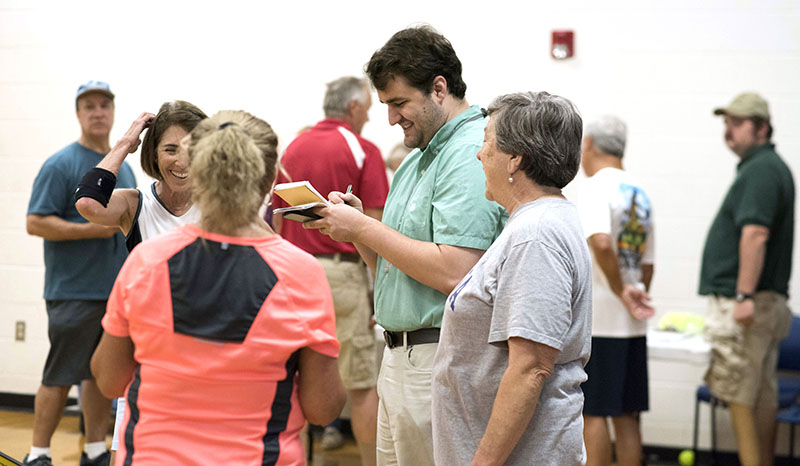 The son of an Army officer, I’ve lived in few places longer than Salisbury.

For that and other reasons, Salisbury will be a city I’ll always remember.

In both consecutive and total time, the Fayetteville area is where I’ve lived longest — about six years. Somewhere between three and four total years, northwestern Alabama — where my family currently lives — is second on that list.

Third is Salisbury. I’ve lived here for three years and two months. In August 2014, I moved to the city to work as the Salisbury Post’s political and county government reporter. On Saturday, I’ll leave to become managing editor at The State Journal in Frankfort, Kentucky.

When moving here, I wasn’t sure I’d stay as long as I have. However, I’ve enjoyed my time in the Paris of the Piedmont and the many stories I’ve covered. The Salisbury Post has provided me the opportunity to write about more stories than I could have imagined. I moved here as a 22-year-old with more confidence about my writing than it deserved, and I’m leaving with ample experience about producing quality journalism.

My first byline at the Salisbury Post was about the hiring of a new county manager. Soon I’d learn that manager would be Aaron Church, still the county manager today. My last will likely be this column or a story about municipal elections.

Meanwhile, I’m furiously typing this column on a desk filled with lists of items I need to finish before I leave.

The beginning or end of my time here, however, won’t be the most memorable. It’s the moments in the middle that have made living and working in Salisbury enjoyable.

Early during my time at the Post, I was thrust into the 2014 election, which created a substantial change in county government. Gone were the more conservative Republicans who once held office. The three candidates elected to the Rowan County Board of Commissioners — Greg Edds, Jim Greene and Judy Klusman — were registered Republicans but seemed to represent a different strain of the local party than the previous majority.

Several months later, another notable story would emerge — a local debate over the Confederate flag and Salisbury’s Confederate monument — after a mass shooting at a church in Charleston, South Carolina.

On a summer afternoon, a Confederate-flag-toting crew gathered around the base of Salisbury’s “Fame” monument. Hours later, another group of friends gathered at the intersection of Innes and Long streets — adjacent to an Advance Auto Parts store. The second group held up signs reading “black power” and “wake up.” Days later, the second group would gather again at the same location and march on the Confederate statue.

One month later, people from across Rowan County packed the Salisbury City Council chambers to advocate for or against the removal of the “Fame” monument, which stands to this day.

Confederate-related debates sprung up recently, too. It seems Confederate monuments and flags will be debated until the end of time or they’re removed from modern society, whichever comes first.

In early 2016, I traveled to Richmond, Virginia, to write about oral arguments in Rowan County’s prayer lawsuit. Earlier this year, I made a similar trip.

For some reason, my bosses find my lobbying convincing, and they’ve also let me travel to Washington, D.C., to cover the swearing in of Rep. Ted Budd, R-13, and to rural South Carolina to write about the solar eclipse.

Truthfully, I’ve covered a larger breadth of stories during my time in Salisbury than I could have dreamed. I wrote about the 2016 presidential campaign, potential coal ash contamination in Dukeville’s water wells and the cloudy financial picture that envelops Salisbury’s Fibrant.

I’ve also enjoyed exploring Rowan County and North Carolina while living in Salisbury. I’ve made a number of friends here that I hope to stay in touch with, and I’ve developed a taste for Cheerwine and New Sarum beer, which I’m willing to accept care packages of after moving to Kentucky.

Forget what you read on that one blog site, Salisbury is a nice place to work and live. Its downtown offers more than most cities of the same size, and it’s comfortably situated between major metropolitan areas. Rowan County offers rural landscapes worth exploring and great small towns, too.

For the record, China Grove is the best small town in Rowan County.

Before you read this column, I’ll log out of my Salisbury Post email account for the last time and turn in my work computer. So, the best way to stay in touch is by emailing joshpberg@gmail.com.

Thanks, Salisbury for being so welcoming.