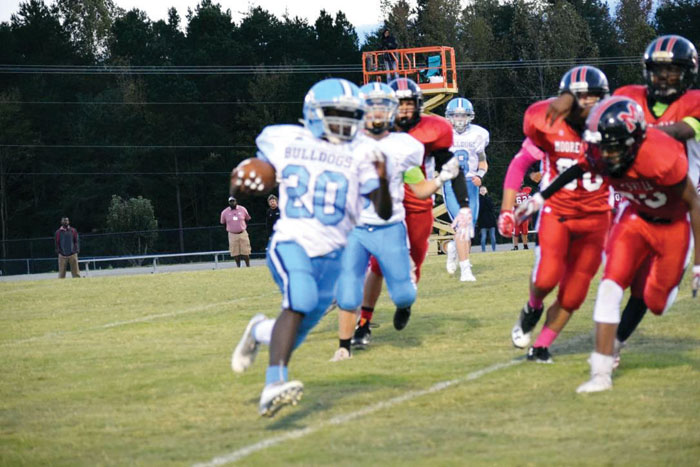 “This football season was perfect in so many ways,” said West coach Raye Brothers. “Being able to coach such a great bunch of players, who all had great enthusiasm, desire and determination was paramount. We had an exciting night in Mooresville.”

The Bulldogs’ offense came out hitting on all cylinders, scoring on its first two possessions for a 14-0 lead and the defense set the tone by keeping the Red Imps’ star back, Blue Monroe, in check.

Mooresville’s offense was averaging 35 points per game, but West’s “Crazed Dogs” defense made 69 tackles, sacked the quarterback three times, force a fumble and deflected a pass.

“We knew how good Mooresville was, so the kids had to bring their “A” game to this one,” added Brothers. “The defense was fantastic.”

Leading the West defense was Jaedon Neal, who recorded 12 tackles, a sack and a forced fumble. Glorious Wood recorded 14 tackles, two of which were for losses.