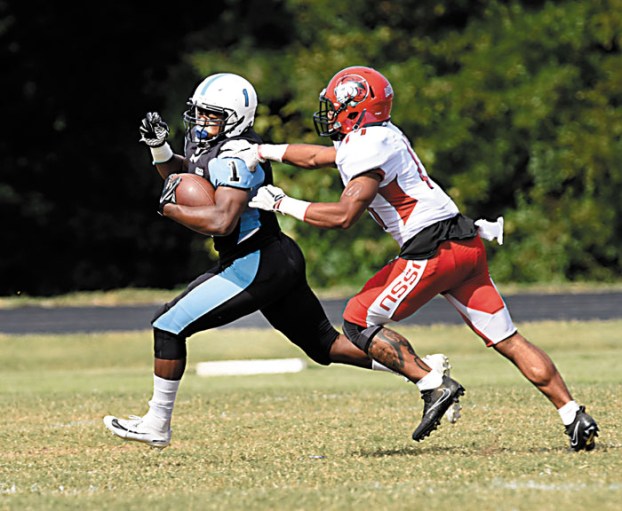 SALISBURY — A lot of college football coaches dread Homecoming week at their respective schools, afraid their team will lose focus on the game at hand.

But when your team is still searching for its first win of the season with just two games remaining on the schedule, Livingstone coach Daryl Williams believes Homecoming could be a positive.

“The kids are excited about playing for Homecoming,” said Williams. “We’ve got some guys from junior colleges that don’t celebrate Homecoming, so it’s something new and exciting for them.”

Two years ago, Livingstone also played FSU for Homecoming and came away with a thrilling, 42-35 overtime victory. The game ended in celebration when Billy Moore intercepted a Broncos’ pass at the Livingstone 3-yard line.

But that 2015 team was on its way to a 5-4 season. It had narrowly lost to Winston-Salem State (23-21) the week before and closed out the home season the week after the Homecoming win by stomping old rival Johnson C. Smith, 35-12. Senior quarterback Drew Powell, a four-year starter, was finishing up a great career.

This year’s team, for the most part, have not been very close to winning. Only a 30-29 loss at St. Augustine’s on Oct. 7 appeared to have a chance to be in the win column, falling by a field goal with eight seconds left.

“It was a 7-7 game against Winston-Salem State last week but too many mistakes led to the game getting away from us,” said Williams. “That’s kind of been the story of our season.”

Williams is now looking for improvement to take into next year, as he expects about 90 percent of his team to return.

“Actually, during the last couple of weeks, the mindset has been, ‘let’s not worry about the score, let’s just execute,'” added Williams. “Winning and losing, that’s not all that it is right now … it’s about executing and doing your job for 60 minutes.

“Success is not going to happen next year if we don’t learn how to execute,” continued Williams, finishing up his fifth season at the school.  “We’re extremely young, but it’s time to grow up.”

Fayetteville State will be a tough opponent in which to turn things around, as the Broncos, at 3-2 in the CIAA, still have a chance to represent the Southern Division in the league’s championship game. FSU has Livingstone and Winston-Salem State left on its schedule.

The Broncos boast a strong running game, as top back Stevie Green needs 20 yards to reach 1,000 for the season. Green rushed for 176 last Saturday against St. Augustine’s and scored twice. Donshel Jetton has chipped in with 478 yards.

The Blue Bears know Green well. He rushed for 161 yards and a TD in last year’s 43-28 win by the Broncos in Fayetteville.

“It’s just like last week against Winston-Salem State — they had good backs as well,” said Williams. “It’s a concern, but we just have to tackle and get them down to the ground.

“We deserve one (a win),” continued Williams. “All the things that this team as gone through and the guys haven’t quit, they’ve practiced hard and still believe in what we’re doing. Something good has to happen for them in the next two weeks.”