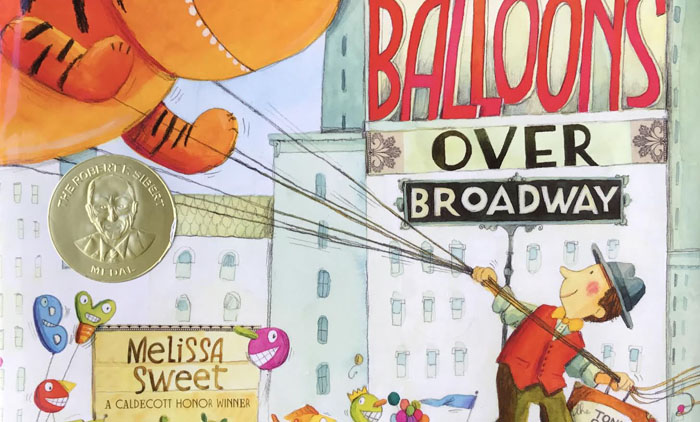 The reminder came about, of all things, in a children’s book.

“Balloons Over Broadway: The True Story of the Puppeteer of Macy’s Parade” was written and illustrated by Melissa Sweet. The book was published in 2011, and one of Rachel Bernheim’s daughters was paging through it this summer at South Main Book Co.

The back cover has the ad that ran in The New York Times on Sunday, Nov. 30, 1933, for the Macy’s Thanksgiving Day Parade. Below the ad are various news briefs, including some wedding announcements. The third one down in the first column is Israel-Wallace, the marriage of Miss Fannie Claire Wallace, daughter of Mr. and Mrs. Leo C. Wallace of Salisbury, to Arthur Israel Jr., the son of Mrs. Arthur Israel of New York City and Charleston.

Bernheim’s daughter alerted her mom, who called Mona Wallace, a friend and cousin.

Fannie Wallace was the sister of Leo Wallace and Charles Wallace, which made her the aunt of Lee Wallace; his brother, Victor; their sister, Suzanne Casey; and their cousins, sisters Kay Coltrain and Nancy Dunham.

“Fannie Wallace was a fascinating woman before her time,” Mona Wallace says.

At age 16, Fannie graduated from Smith College. “But we had no knowledge about her marriage,” Mona added. “It was never documented.”

The New York Times article notes that the couple were married Nov. 29, 1933, at the Ambassador by the Rev. Ralph Haban. The bride had no attendants but was escorted by her father.

The Israels sailed later on the Columbus for a honeymoon in Bermuda, and they lived at the Windsor after their return.

Mona has already read the book to Annie Wallace Williams, her 3-year-old granddaughter.

“Fannie was a character,” Kay Coltrain says. “She had a precious sense of humor. We loved her, even though I only saw her once or twice a year.”

“I just remember her having a wonderful sense of humor,” Casey says. “She loved to laugh and had a cute personality.”

Fannie later moved to Florida, where Casey visited her many times, as did her brothers.

Lee Wallace remembers that she was a double life master bridge player.

“She was raised in the Hambley-Wallace house, obviously,” he says. “She only lived in New York for a short time, and then she lived in Florida for the rest of her life. She was a great lady. She loved to travel and took lots of trips. She was always leaving for a trip or coming back. She was a wonderful person.”

This fun connection shows that you just never know where a book will take you — sometimes, all the way back to Salisbury.