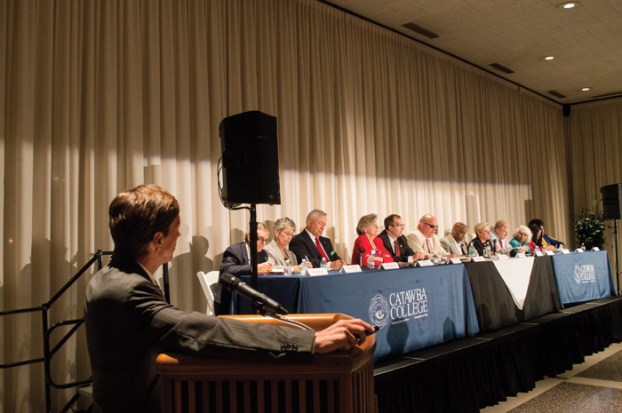 Several City Council candidates at Monday’s forum touched on a critical trait citizens need in their elected leaders: the ability to have constructive conversations, even when people disagree.

P.J. Ricks, for example, mentioned the importance of council members working collaboratively. Al Heggins referred to having “conversations that are productive.” Brian Miller said disagreements shouldn’t come down to “You’re bad and I’m right.” Latasha Wilks talked of developing a vision together.

Virtually all the candidates came off as amiable and capable. The question is, which five could work well together during times of controversy and hammer out difficult issues together?

The best elected officials are those who are able to engage in give-and-take without taking disagreement as a personal affront. It’s one thing to be quick with one-liners or to lob grenades into the status quo, and another thing to put ideas into action. The only initiatives that get passed by City Council are those that garner three or more votes. That means collaborating.

And then there’s the issue of tone.

A few years ago, the Rowan County Board of Commissioners was giving Salisbury-Rowan a bad image. Differences of opinion over business incentives, school funding and county-city issues created a negative cloud that overshadowed all else. And then there was the county’s controversial purchase of the mall.

Rowan voted for a change of course in 2014, and Commission Chairman Greg Edds has led the way. The county still faces challenges, but the board appears to be forward-thinking and, for the most part, able to collaborate.

Lately, City Council has been the public body sidetracked by negativity. Friction became obvious between citizens and the council (especially Mayor Karen Alexander) during the public comment period. Council members’ personalities clashed. Running a smooth council meeting looks effortless, but that leadership role requires tremendous skill and patience. It helps if fellow council members want to be part of the solution.

Salisbury is on the upswing, as Alexander noted, making progress on crime and working to solve the Fibrant puzzle. But these steps have been painfully slow in coming.  Citizens long for the council — and the city — to get back the “positive energy” that candidate John Struzick aptly described.

Every candidate had something positive to contribute Monday night. In addition to those noted above, they ranged from Rodney Queen’s desire to alleviate poverty to Ryan Evans’ idea to save up money for a parking deck. Todd Paris suggested grants to help businesses install security cameras. Ken Hardin talked of the tutoring program he started. David Post envisioned a downtown presence for Fibrant with a 300-inch TV — well, a really big one anyway.. Leda Belk vowed to think outside the box, and Tamara Sheffield declared, “My daily job is to solve problems.”

A can-do attitude is just what Salisbury needs. Instead of people who tear the city down, let’s elect leaders with constructive ideas to legitimately build it up — and the people skills to make it happen.

As pastor of South China Grove United Methodist Church, I have been honored by the congregation many times during the... read more