Reading to your kids on Halloween is sweeter than candy corn 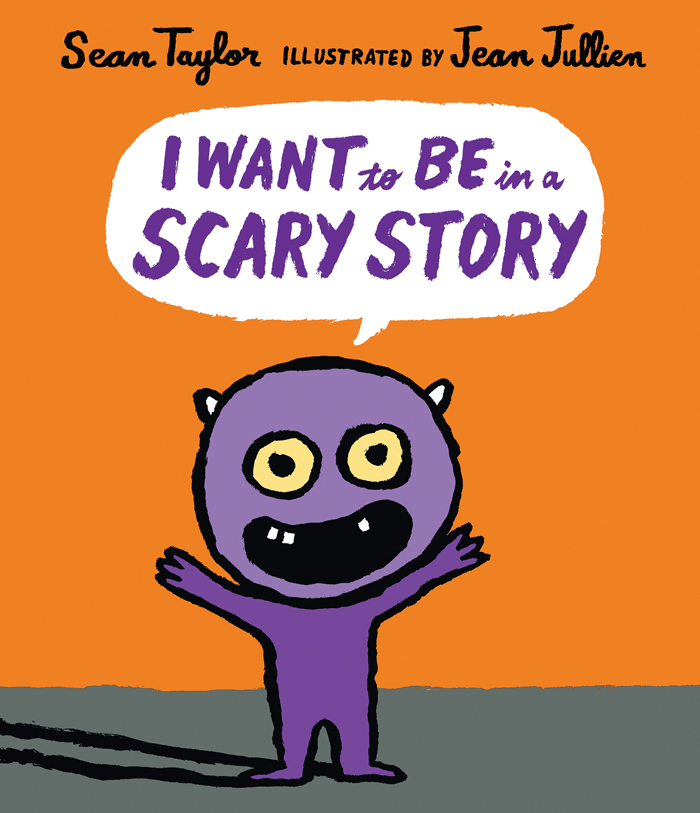 'I Want To Be in a Scary Story'

When my daughters were just little ghouls, Halloween sprawled over the whole month of October like an unruly pumpkin patch. By the time the 31st swooped in, we’d been high on candy corn and caramel apples for weeks. Some years, the night of trick-or-treating felt downright anticlimactic.

But it wasn’t really the sweets that cast a spell over our house. It was the comedy. And that spirit of orange humor haunted our fall book choices from the very start. My kids learned to count by listening to me baaa through “Six Creepy Sheep,” by Stephanie Gordon Tessler and Judith Ross Enderle. Before they left home, we had followed those winnowing woolens through the woods at least ten thousand times.

Weaned on the tart wit of Lemony Snicket, my younger daughter developed an early appreciation for Edward Gorey. We relished the dark humor of hapless children and haunted tea cozies. Without knowing exactly why, we knew there was something hilarious about an alphabet book that declared “B is for Basil assaulted by Bears.”

But “Corduroy’s Best Halloween Ever”? Ugh — gag me with a broomstick.

For us — or me, anyhow — Halloween was a month-long inoculation against fear, a chance to pre-empt the terrors of life by lacing them with macabre comedy and eye of newt. If Gorey’s little girl could calmly watch “while her aunt is pulled feet first inside a plant,” maybe we wouldn’t be so shocked when some equally horrific tragedy befell us.

But that’s getting a bit too ghoulish. Mostly, we just enjoyed the ectoplasmic static discharged between spookiness and silliness.

“The Little Old Lady Who Was Not Afraid of Anything,” by Linda Williams, never failed to make us giggle because we too were brave right up until the moment we were not. Aaron Reynolds’ “Creepy Carrots!” offered that perfect tension between banality and rascality — not to mention that it confirmed our hatred of carrots. And of course, we had a special fondness for parodies, like Michael Rex’s “Goodnight Goon” or Anne Marie Pace’s “Vampirina Ballerina.”

My elder daughter has cerebral palsy and can’t read, but she loves being read to, and she has a special affinity for books in verse, which means I know Jack Prelutsky’s “It’s Halloween” like the wart on my nose. She still prefers those classics we’ve read from the start, but we sink our fangs into new books whenever we can.

A few years ago, I discovered Rick Walton’s “Frankenstein,” a monstrous parody of Ludwig Bemelmans’s “Madeline”:

In a creepy old castle

all covered with spines,

This year, the new Halloween picture book you should take home to mummy is “I Want to Be in a Scary Story,” by Sean Taylor. Presented as a conversation between Little Monster and the narrator, it’s a book that insists upon dramatic reading:

“I want to be in a SCARY story,” Little Monster announces with his big purple head and yellow eyes.

“A funny story might be more fun,” the narrator advises.

“Not for me, it won’t be!” Little Monster insists.

And so the story begins, as requested, “in a dark and scary forest.” But almost immediately Little Monster requests modifications.

Gosh, does it have to be a whole scary forest? Couldn’t it just be a spooky house?

A witch, really? How about a ghost instead?

Honestly, it’s a hoot, and Jean Jullien’s big-brush illustrations are as cute as a basket of werewolf cubs. Long before school forces them to learn a bunch of dead literary terms, you’ll be teaching your little fiends about tone, dramatic irony and narrative structure. But don’t mention any of that on Halloween. Nothing drives a stake through the heart of a great book like turning it into a lesson. Just read it — and howl together.