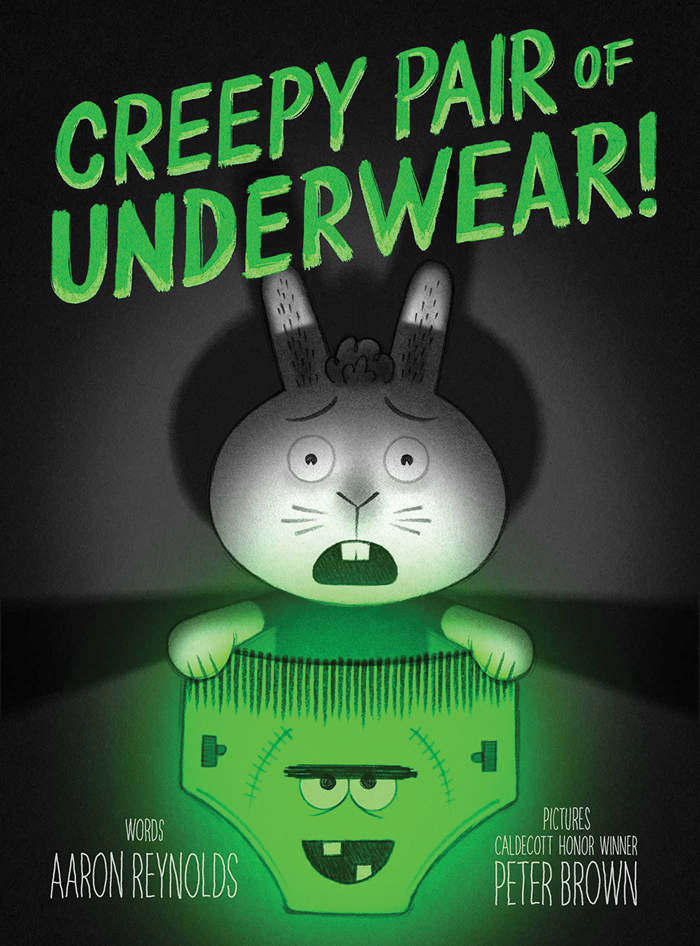 “Trick or Treat on My Street,” by J.L. Coppage; illustrated by Melanie Matthews

Head down the block with a group of kids as they get ready to go trick-or-treating on Halloween night. This cute, fun board book features tabs so you can flip right to your favorite monster, hero or creature. With bright, fun illustrations and bouncy, rhyming text, this book is perfect for little monsters ages 3-7.

From the celebrated team behind “Creepy Carrots!”, Aaron Reynolds and Caldecott Honor winner Peter Brown, comes a hilarious (and just a little creepy) story of a brave rabbit and a very weird pair of underwear.

Jasper Rabbit is NOT a little bunny anymore. He’s not afraid of the dark, and he’s definitely not afraid of something as silly as underwear. But when the lights go out, suddenly his new underwear glows in the dark. A ghoulish, greenish glow. If Jasper didn’t know any better he’d say his undies were a little, well, creepy. Jasper’s not scared obviously, he’s just done with creepy underwear. But after trying everything to get rid of them, they keep coming back! For ages 4-8.

Count up to ten and back again with this sweet and clever Halloween bedtime story starring your favorite monsters.

“Gliding through the moonlight

“come the monsters big and small,

“sliding up your stairway

“and oozing down your hall.

“in fact they’re rather sweet.

“So snuggle into bed and let them whisper,

Charlie isn’t looking forward to Halloween, especially after his cousin Billy died. But when he thinks he sees Billy in the woods, he plunges deep into the heart of Monsterland, where all manner of supposedly imaginary creatures live, including trolls, werewolves and vampires. Determined to find his cousin, Charlie braves the unknown lurking in the unexplored forest.

“The Bone Snatcher,” by Charlotte Salter

Sophie Seacove is the newest resident of Catacomb Hill, a creepy mansion on an island in the middle of a sea-monster-infested ocean.

She is an inventive storyteller, a dogged detective and tough as nails — qualities she’s going to need if she has any hope of escaping the island and reuniting with her parents.

Just don’t expect it to be a happy reunion, because they’re the ones that sent Sophie to this horrible island in the first place.