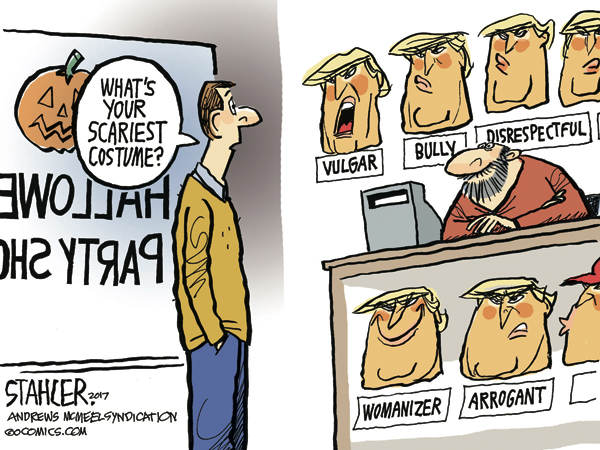 It was that some people said he didn’t have any. The claim was based on the flimsiest of evidence: his failure to wear an American flag pin on his lapel and a picture, widely circulated online, that purported to show him with hands clasped instead of over his heart, refusing to recite the Pledge of Allegiance.

Of course, most men don’t wear flag pins. And the picture was taken during the singing of the national anthem, not the recitation of the Pledge.

But the feebleness of the evidence did not stop a whisper campaign about this supposed defect in Obama’s character. Then-Rep. Jack Kingston (R-GA) demanded to know where the candidate and his wife “stand on America.”

Bill O’Reilly said Obama needed to “answer some questions” about how he sees this country. Even CNN ran an online poll asking whether Obama showed “the proper patriotism.”

The question would dog Obama well into his presidency. Every time you turned around, it seemed, someone was asserting his otherness and he was being asked to prove himself again.

Donald Trump has faced no sustained questions about his patriotism, though the evidence for his lack thereof is far more substantial than an empty lapel and a photograph. Indeed, in just the last few days, we’ve learned that he failed for almost two weeks to contact the families of four American soldiers killed in Niger. He did, however, manage to squeeze in multiple Twitter feuds and lots of golf in that time.

Trump only made matters worse when he finally got around to this most somber of presidential duties. Florida Rep. Frederica Wilson, who was listening on speakerphone, reports that he told Myeshia Johnson, pregnant widow of Sgt. La David Johnson, that her husband “knew what he signed up for, but when it happens, it hurts anyway.”

Wilson says Trump kept referring to La David as “your guy,” as if he couldn’t remember his name. It made Myeshia weep and Wilson, furious.

Trump has denied this. So we must decide whether to believe Wilson, whose account is supported by La David’s aunt, who raised him, or a man who insisted his sparsely attended inauguration was the biggest in history.

It is not a tough call.

Over time, one becomes inured to the double standards imposed by race, but this one is especially galling because it is especially obvious. And yet, even in its obviousness, it is largely unremarked upon.

The black guy fails to wear a lapel pin and endures months of questions about whether he belongs. The white guy canoodles with Russia, insults the intelligence community, undermines the judiciary and makes a Gold Star widow cry, dismissing her husband’s sacrifice as, apparently, just one of those things.

And though he is reviled for it, no poll asks whether he shows “the proper patriotism” and there is no accusation of otherness. Even at a level of awfulness bordering on sedition, his American-ness, his “one of us-ness,” is a taken for granted thing. Meantime, football players are asked to reassure us they love America.

Donald Trump is thus the poster boy for white privilege, including, the privilege of being terrible. And yes, some will look at this and see no unfairness, nor cause for anger or despair. That’s no surprise.

Blindness is a privilege, too.

Leonard Pitts is a columnist for The Miami Herald, 1 Herald Plaza, Miami, Fla., 33132. Contact him via email at lpitts@miamiherald.com.

Some 42.4 percent of crime is caused by drugs. The worst drugs right now are heroin and meth. Most teens... read more