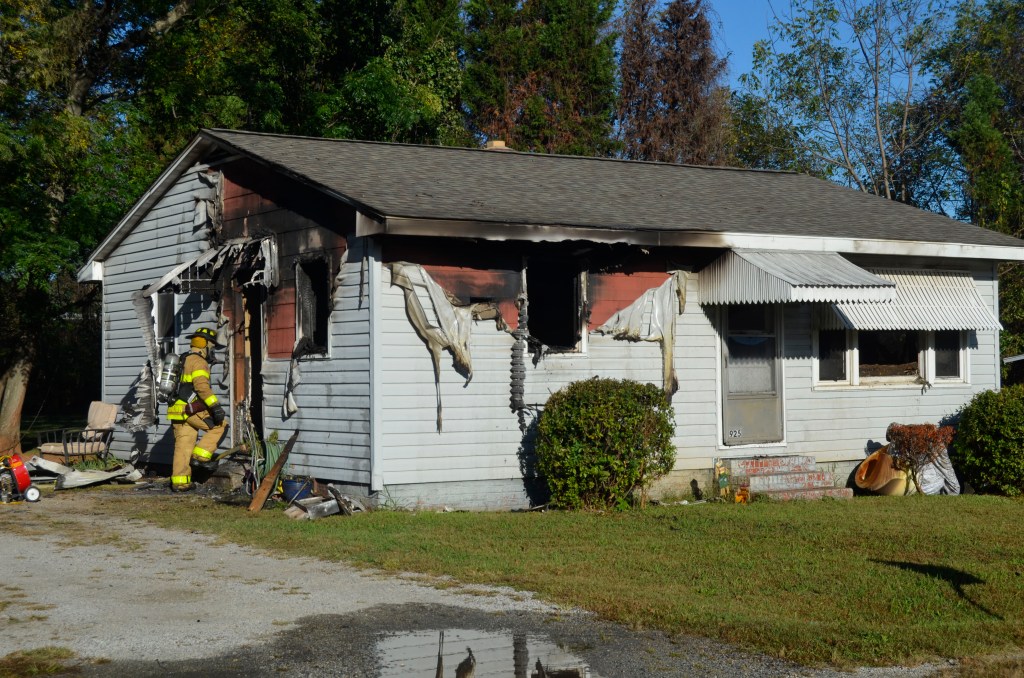 A firefighter goes back into this home at 925 Rowan Ave., which caught fire early Friday morning. The two occupants, a woman and her wheelchair bound mother, were able to get out without any injuries. The family's cat died in the fire and their other pets including a dog and two turtles survived. Shavonne Walker/Salisbury Post

SALISBURY — A family of four lost some of their belongings and a cat in a Friday morning fire at their Rowan Avenue home.

The fire occurred just before 8:20 a.m. at 925 Rowan Ave., off Gold Hill Drive. A mother and daughter were inside. The daughter initially got out but was able to go back in the house to get her wheelchair-bound mother out, said Fire Marshal Terry Smith.

When fire crews arrived, flames were coming out of the front and side windows. Fire officials upgraded the fire alarm, which is equivalent to a second alarm.

A dog and two turtles were saved from the fire, but the family did lose a cat. Members of the Rowan County Rescue Squad placed the cat’s remains in a body bag for the family so they could bury it.

The two women were treated at the scene by first responders but were not taken to the hospital.

The Hanford Dole Chapter of the American Red Cross is assisting the family, who had just moved into the rental property. Firefighters were seen bringing out items that were salvageable because they were packed in plastic bins.