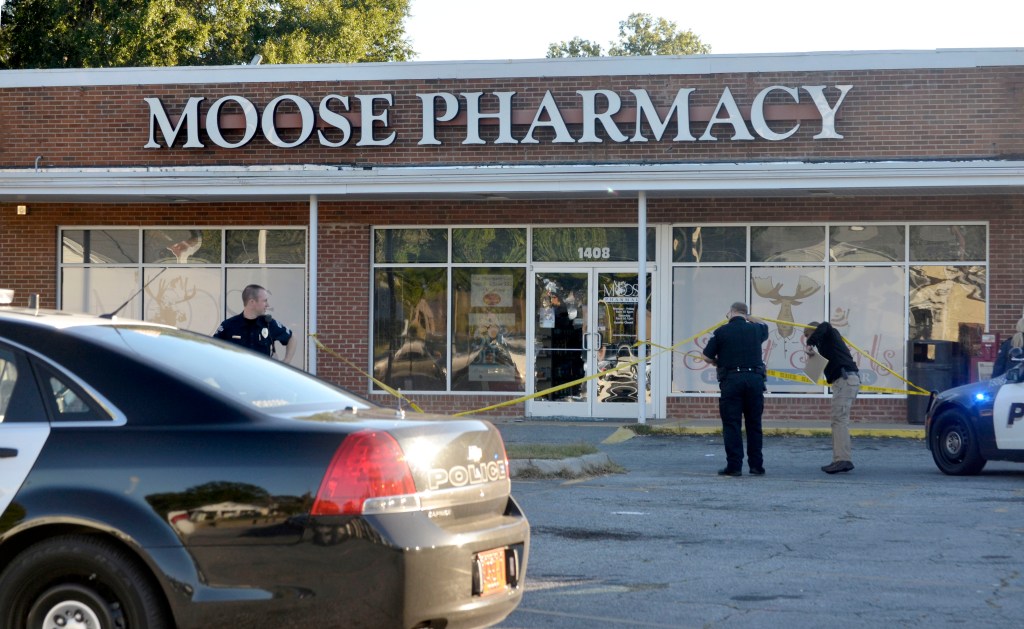 SALISBURY — A Faith man used a rifle to break into a pharmacy and steal 17 bags containing prescription medicines early Tuesday, according to Salisbury police.

Police had the man in custody just a few hours after he was seen breaking into Moose Pharmacy. The business was closed at the time.

The break-in occurred at 7:48 a.m. at the business, 1408 W. Innes St.. Charles Church, an employee of a nearby business, spotted Hager peering into the front window of the pharmacy. Church told police he didn’t hear gunshots but did see the suspect use the butt of the gun to break the glass.

Police say Hager fired shots into the glass door with a .22 caliber rifle and went inside. Hager also fired at two tempered glass windows, cracking them.

Hager got into a green minivan and left the scene, police say. Church said he called 911 and gave a description of the suspect and the vehicle. Police say they were also given a license plate number.

Arrest warrants say Hager dumped the medications, but police were able to recover them. The medications included anti-nausea, allergy steroid and blood pressure drugs as well as muscle relaxers. The items were valued at $1,006.05. Police Capt. Shelia Lingle said having information from someone in the community was imperative to them capturing the suspect.

“Salisbury Police would like to thank the citizens who witnessed the incident and came forward with the information which lead to the speedy arrest of Hager,” Lingle said.

Preservation specialist: ‘This is not about the Empire Hotel.…