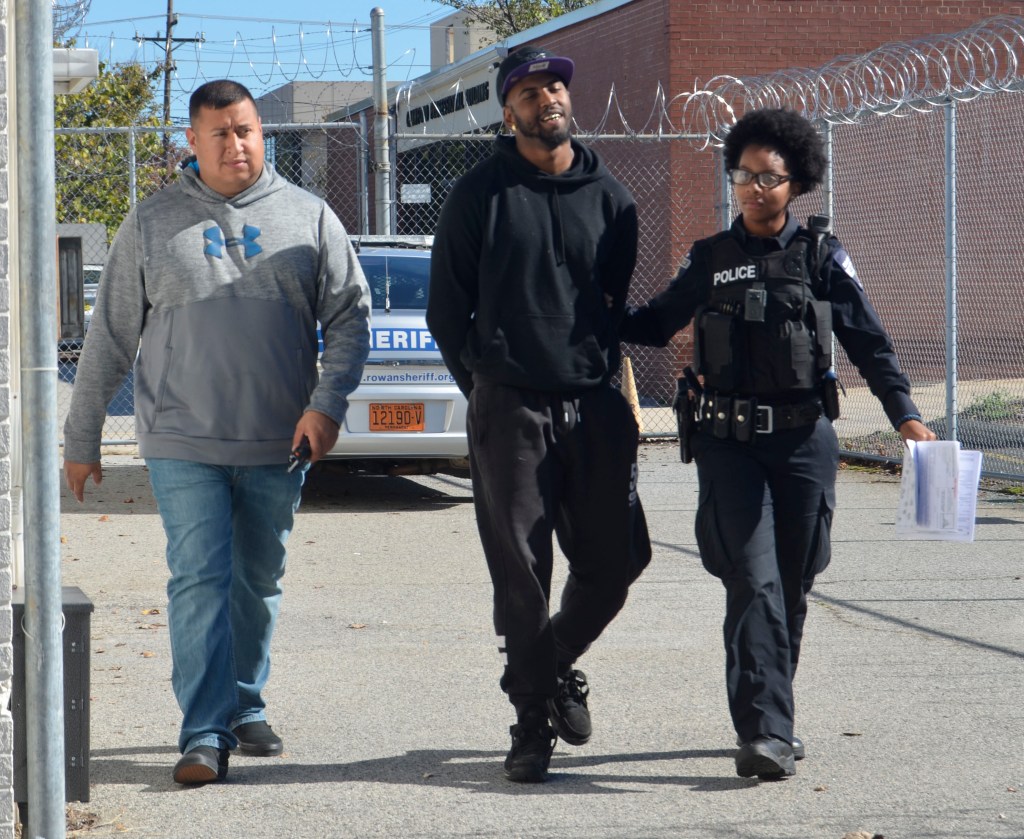 Salisbury Police officers escort Sir Marquise Battle who was charged with the theft of a vehicle from a Raleigh towing company. Battle and another man were apprehended after they'd pulled into the Waffle House at South Jake Alexander Boulevard. Shavonne Walker/Salisbury Post

SALISBURY — Two Charlotte men were charged Tuesday with stealing a tow truck and another vehicle from a Raleigh business.

Police say the owner of the vehicles tracked the men to Salisbury using a GPS system. The owner contacted local authorities just after 7 a.m. Tuesday and gave them information about where they could find the vehicles. Police officers went to the area to find them.

Salisbury police said one suspect gave up willingly and the other ran but was quickly apprehended.

According to an arrest warrant, Battle stole a 2015 Dodge Ram owned by Todd Tyndall. He was also charged with felony hit and run; failure to stop/property damage; misdemeanor resisting an officer; and misdemeanor injury to real property.

The men were traveling on Interstate 85 and, when they realized they had been spotted, got off the highway at the Jake Alexander Boulevard exit. They pulled into the Waffle House parking lot. When police approached, the two vehicles were parked at Waffle House, 936 S. Jake Alexander Blvd.

According to an arrest warrant, Battle took off in the pickup but soon crashed into a septic tank system and a fence owned by Waffle House. He was trying to make it back onto Interstate 85, according to a police detective. The crash happened near the on-ramp entrance.

Battle ran from the vehicle and was arrested behind CiCi’s Pizza, said police Capt. Shelia Lingle.

The vehicle driven by Stitt was a 2017 Ford Super Duty tow truck. Both vehicles belonged to Bobby’s Towing and Recovery in Raleigh, a warrant said. The warrant said the resisting arrest charge resulted when Battle was ordered to stop, first in the vehicle but then when he got out and ran.

The Rowan County Sheriff’s Office and the N.C. State Highway Patrol assisted in the arrests.