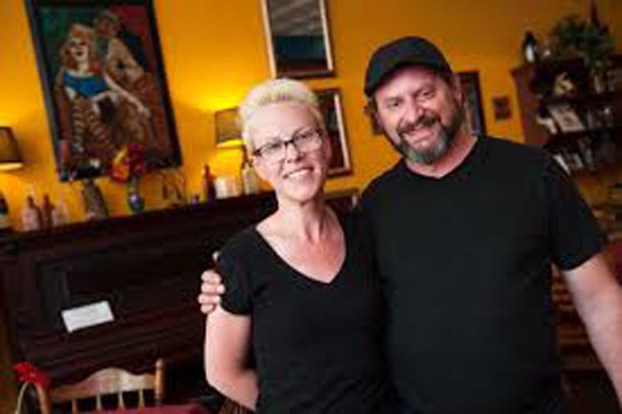 SALISBURY — Heather Teeter — who co-owns Sweet Meadow Cafe with her husband, Scott — announced on Facebook Wednesday that she is looking for someone to buy the restaurant.

Teeter told the Post that Sweet Meadow is not going out of business. The Teeters plan to keep the restaurant open until the “right person” wants to buy it.

“We don’t want to see a legacy like Sweet Meadow Cafe disappear, which is why we really want to sell it to the perfect person,” Teeter said. “Someone who is and wants to be an active and supportive part of our community and gets what we do as far as fresh, real, local food.”

Sweet Meadow, which opened in 1987, was purchased by Teeter in 2010. She relocated the restaurant from West Innes Street to its North Main Street in late 2014.

Earlier this year, when the Teeters got into a pinch involving overdue business taxes, friends and customers began a GoFundMe campaign to help them raise $15,000 to keep the restaurant open.

“The restaurant business is tough and time-consuming. We always say, ‘You have to be a special kind of crazy to go into this business,'” Teeter said. “It’s a ton of fun but also a lot of hard work.”

Teeter said that although she is not “ready to let part of (herself) go,” it seems like the right time to sell.

She and her husband made a big financial investment when they moved in 2014 and they are “having a hard time keeping everyone paid on time.”

“This is also a way to wipe our debt slate clean, so to speak,” Teeter said.

Teeter said she knows “the perfect person or persons” to run the restaurant are out there.

“I have been blessed with an extremely talented and loyal staff that I call family. They, as well as this town, deserve the best,” Teeter said. “And sometimes the best happens when you combine special types of crazy.”