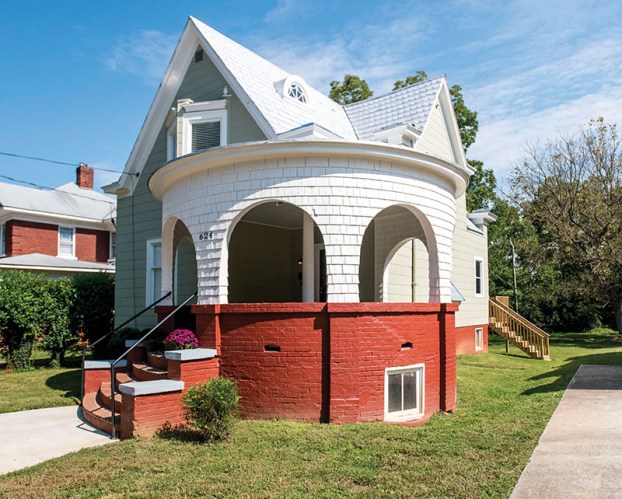 Lynch-Nicholson House – 624 W. Monroe St. This house was built for Mary Alice Lynch, an instructor and librarian at Livingstone College. The college’s second president, William H. Goler, was instrumental in developing the surrounding area and built this house as well as others with the help of college students. JON C. LAKEY / SALISBURY POST 1907

Darts & laurels: Preservation is for all In this Dec. 3, 2012 file photo, producer Harvey Weinstein, left, and his wife, fashion designer Georgina Chapman, attend the Museum of Modern Art Film Benefit Tribute to Quentin Tarantino in New York. Chapman, who married Weinstein in 2007, told People magazine in a statement released Tuesday that she is leaving Weinstein. She says her heart breaks for all the women who have suffered because of his “unforgivable” actions. She pleaded for
privacy for herself and her two young children as allegations against her husband mount.

Laurels to Historic Salisbury Foundation for putting together an OctoberTour for this Saturday and Sunday that should appeal to diverse interests. OctoberTour is not just about the West Square Historic District, though homeowners there have invested heavily in preserving their fine old homes. The tour this year includes two West End houses with ties to historically black Livingstone College, the J.C. Price House and the Lynch-Nicholson House — each with stories to tell about the college’s early leaders. Also on the tour is the Neely School near China Grove, built in 1908 to educate African-American children during a time when education was not readily available to them.

All told, there are 12 stops on this year’s tour, including the stately Hambley-Wallace House — the famed mansion on South Fulton Street — which was a huge draw on the 2012 tour and promises to be again. Elsewhere on the tour are more beautiful homes and sites. Capping it all off is the Bell Tower, newly stabilized, reinforced and soon to be the centerpiece of a major downtown park.

Tremendous work and love goes into saving these structures, and even more labor has gone into preparing them for this weekend. The tour gives strong testimony to the versatility and solid construction of old structures, a message Historic Salisbury Foundation is eager to spread.

Dart to the threats and intimidation film executive Harvey Weinstein used through the years to silence victims of his aggressive sexual harassment and assaults. Not a local household name, Weinstein nevertheless did work that touched millions through the production and distribution companies he founded, Miramax and the Weinstein Company. His fame and fortune, however, are now ruined by his predatory behavior, brought to light by  women who finally shared stories of his bullying sexual tactics. For decades, he and his associates used nondisclosure agreements, monetary payoffs and legal threats to suppress the stories. A growing culture of accountability has brought forth stories about Bill Cosby, Roger Ailes, Bill O’Reilly and even Donald Trump. Women are standing up for themselves and each other. As a New Yorker article about Weinstein says, the world has changed regarding issues of sex and power.

Scott Pruitt may have declared an end to the so-called  “war on coal,” but the head of the Environmental Protection... read more