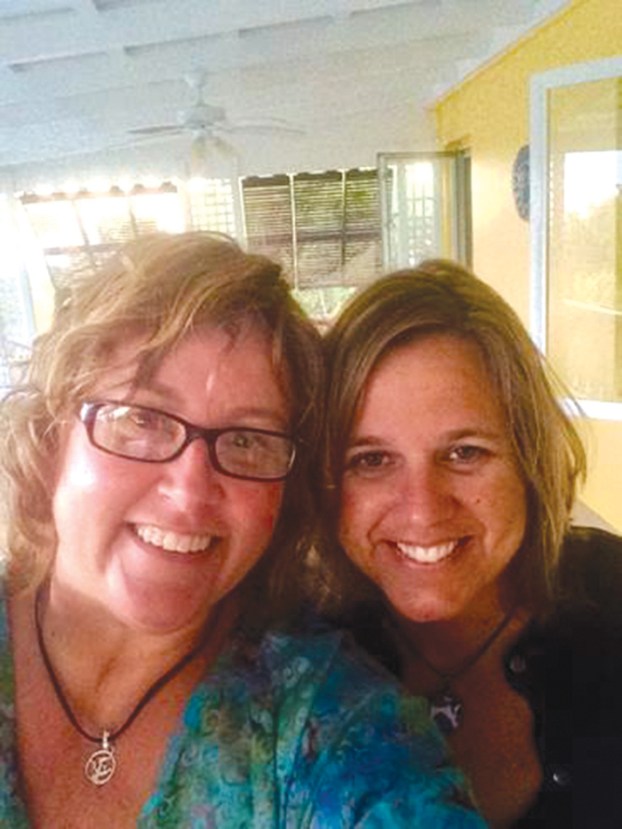 Graham, a 1987 alumna of Salisbury High School, arrived back in her hometown on Tuesday after enduring two Category 5 hurricanes within days of each other.

Her home on St. Croix lost power more than a month ago after Hurricane Irma struck the island. In a one-two punch, Hurricane Maria struck St. Croix with more intensity two weeks later.

A senior manager for a travel company, Graham returned to Salisbury to work while her wife, Amy, watches over their damaged house.

Graham spoke about her story of survival but said she prefers to make sure that people know that residents of the U.S. Virgin Islands are American citizens.

“There’s a high level of desperation at this point,” she said. “The island is already a month without power because of Irma, and now the access to get anything has been limited. For everything, there’s a line to get something. Generators are a hot commodity.”

“I just want to make sure people know it exists,” she said. “People don’t seem to realize who we are. It kind of gets lost on the map.”

Located in a chain of islands known as the Lesser Antilles, the Virgin Islands relies heavily on tourism. The islands became part of the United States in 1917 in a treaty with Denmark. Officially, the islands are considered a U.S. territory, and people born there are considered U.S. citizens.

Former NBA star Tim Duncan is an American born in the Virgin Islands.

Following Hurricane Irma, Graham said, residents of St. Croix brought supplies by boat to the parts of the Virgin Islands that experienced the worst of the storm — St. Thomas and St. John. When Hurricane Maria hit St. Croix, the other islands weren’t able to do the same, she said.

She said the airport on her home island reopened Thursday. She managed to secure a flight two days later.

She said people who remain on the island are struggling to recover. It has rained several times since Maria struck St. Croix, compounding frustration for people with damaged homes.

“People with exposed or entirely gone roofs are really just at the end of their patience,” she said.

She said people have been forced to wait for hours to obtain a few bottles of clean water.

“It might be all you’re able to do that day,” she said. “It’s created some tension for people already shell-shocked from the experience.”

At her home, which sits on a large hill, Graham said she and her wife have been forced to use padlocks to secure their generator and other supplies.

During the storm, the couple first sought shelter fin their guest bathroom. As the storm continued battering their house, the bathroom “started to come apart,” Graham said. They moved into the master bathroom, where the roof began separating from the walls.

Finally, they moved to a small hallway. Graham estimated the hallway measures 2 by 4 feet. The couple huddled there with their three dogs. To keep it closed, she stood with her back against the door. The storm lasted seven to eight hours, Graham said.

“It felt like riding a train,” she said. “You could just hear the noises of things slamming against the house. It’s difficult to try to describe it. You have things hitting your house and you have no idea what is going on outside.”

Now in Salisbury, Graham said she has communities with her wife mostly via text message. She plans to stay in Salisbury for two weeks.

People who wish to help St. Croix, Graham said, should plan a vacation to the island in 2018. She also recommended making donations to the St. Croix Animal Welfare Center, which she said was destroyed in the storm. For more information about the center, visit stcroixawc.org

SALISBURY — Investigators are looking into a Tuesday morning fire at a Gaskey Road home that occurred a few hours... read more