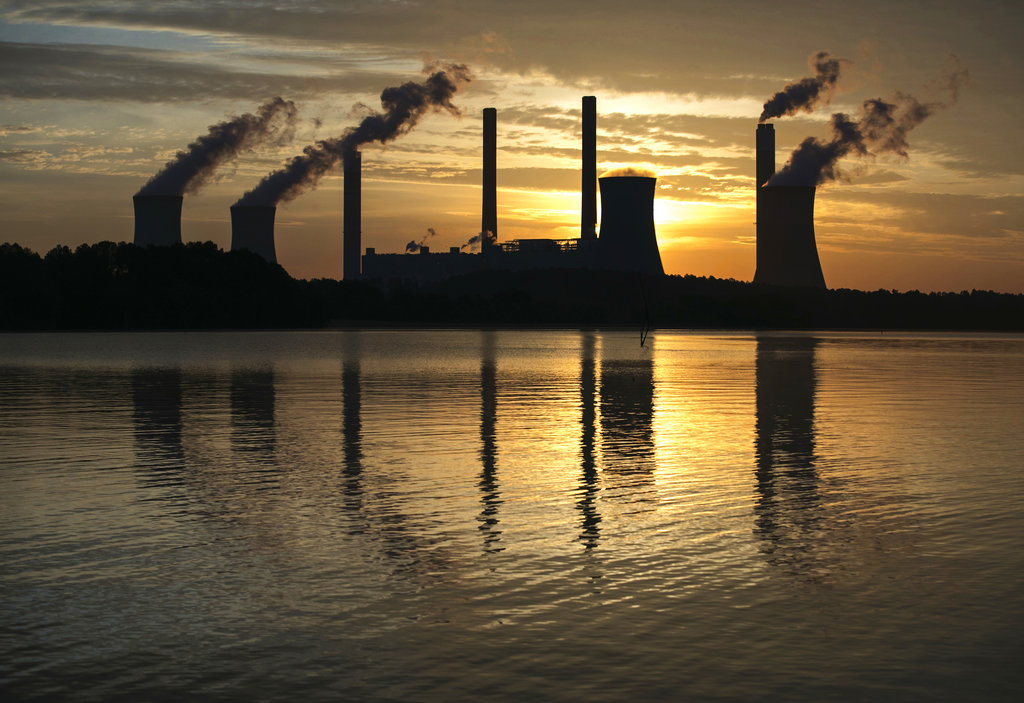 In this June 3, 2017 file photo, the coal-fired Plant Scherer, one of the nation's top carbon dioxide emitters, stands in the distance in Juliette, Ga. (AP Photo/Branden Camp, File)

Scott Pruitt may have declared an end to the so-called  “war on coal,” but the head of the Environmental Protection Agency cannot simply dump the Clean Power Plan drawn up by the Obama administration. EPA will have to replace the plan with a new rule regarding carbon emissions — like health care, another “repeal and replace” mission that is easier to promise than to accomplish.

Besides, if Pruitt and Trump want to breathe new life into the coal industry, they’ll have to do something more herculean than change a federal rule. They’d have to suspend the economic forces driving companies like Duke Energy to use cheaper and cleaner-burning fuels like gas, solar and wind energy. You might as well try to spin coal ash into gold.

The coal question hits home in Rowan County, where Duke Energy shut down Buck Steam Plant’s two coal-burning units in 2011 and switched to natural gas — one of nine coal-fired facilities Duke retired in the Carolinas by the end of 2013, before the Clean Power Plan was finalized. The old coal-burning units may be history, but they left a byproduct for Duke to deal with: coal ash ponds and their potential environmental risks.

The Clean Power Plan, designed to cut carbon dioxide emissions from power plants by 32 percent by 2030, has been tied up in litigation from the start. In fact, the EPA’s Pruitt, then Oklahoma’s attorney general, led the legal challenge, arguing that the Obama administration exceeded its legal authority.

The EPA’s decision to repeal the plan brings some clarity to the situation, according to Duke Energy’s Louis Renjel, vice president of federal government affairs and strategic policy. “The Clean Power Plan as finalized raised significant legal and implementation questions,” Renjel said in a statement to the Salisbury Post. “We appreciate EPA taking these challenges into account as the agency begins the public process of considering a replacement rule.”

Duke already plans to close down several other coal-burning units in its broad service area. Environmental impact and regulations weigh in the decisions, obviously, but coal’s chief enemy is the low price of natural gas and the increasing use of renewables.

The Trump administration may win some political points with Pruitt’s announcement, especially in coal country. But ratepayers would be up in arms if energy companies were somehow forced to use more expensive coal. And the people who live beside coal ash ponds? They might want to invite the EPA chief over for a drink of water from their no-longer-used wells.