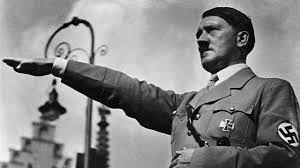 Letter: Who are the real fascists?

Salisbury, like the rest of the country, faces a group — basically, the admitted progressive, liberal element — who think what they believe is always right. Anyone disagreeing with the progressive point of view is a racist, homophobic, conservative Republican, and you can fill in the rest. Progressives believe anyone supporting the president is no less than a fascist.

I have lived long enough to remember some undeniable fascists — Hitler, Mussolini and Stalin. And Stalin was Communist. These dictators held a similar view — that no one is allowed to express a point of view different than that of the government. Expressing a counter point of view could result in death.

Stalin exterminated thousands of people during his reign. Hitler did his best to eliminate every Jew he could find. In every country his army conquered, the Jews were rounded up and sent to concentration camps. They were slave labor, killed in gas chambers, starved or shot to death and cremated.

Progressives believe in free everything, from education to health care. Nothing is free; someone always has to pay. When government pays, the money comes from those who work and pay taxes. When the taxpayers’ money is spent, the government just prints or borrows more money.

Who are the real fascists — people willing to exchange different points of view or progressives who refuse to hear what they don’t want to hear?

Letter: There’s too much evil; let’s promote the good

In a short time we will once again recognize our great Rowan County youth from ages 5 years to 18... read more