How we got played by the Russians on Facebook 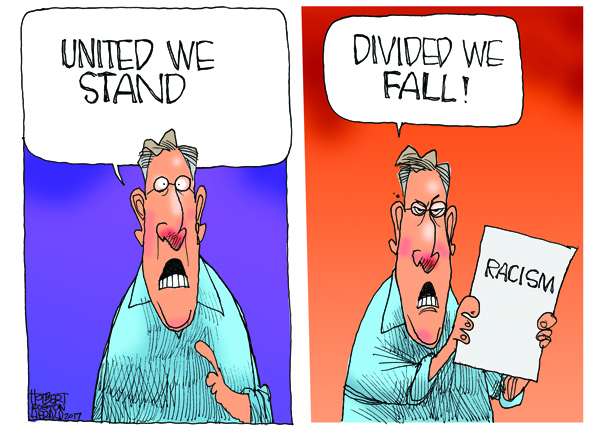 The Washington Post reports that “Russian Facebook ads showed a black woman firing a rifle, amid efforts to stoke racial strife.” It’s yet more proof that the Russian government was all over the 2016 presidential election, like so many Agent Smiths on Neo, except the American electorate wasn’t as nimble as Neo. But the story demonstrates what Evan McMullin told me a year ago during an interview for my podcast “Cape Up.”

McMullin is the former covert CIA operative who ran a third-party candidacy against both now-President Donald Trump and Democratic Party challenger Hillary Clinton. McMullin didn’t like either of them, but he was especially unsparing in his critique of Trump. In answer to a question about the foreign-policy challenges involving Russia, including its incessant hacking of U.S. government entities, McMullin zeroed in on the tactics of President Vladimir Putin.

EM: Putin and his government are clearly attacking our democracy. And they’re attacking our democracy in the same way that they’ve attacked the democracies in Europe. How did they do that? They, first, foment divisions. Often along racial and ethnic lines within a country. Then they promote and even fund and promote with rhetoric and with propaganda the campaigns of people who capitalize, politicians who then capitalize on those divisions and that hatred and that nationalism that inward facing ideology. And. . .we’re seeing that in Donald Trump. That’s exactly what Putin has done in other countries in Europe and that’s what he’s doing though Trump in America.

JC: So, just by what you just said there, Trump is either a witting or unwitting agent of Vladimir Putin?

What McMullin described was chilling when he said it in September 2016, and it is even more chilling given what The Post is reporting now. The Russians weaponized our ongoing and unresolved racial tensions by filling the Facebook feeds of those susceptible to propaganda with incendiary garbage. Among the more than 3,000 Facebook ads handed over to Congress was one that “featured photographs of an armed black woman ‘dry firing’ a rifle – pulling the trigger of the weapon without a bullet in the chamber, according to people familiar with the investigation.”

“Investigators believe the advertisement may have been designed to encourage African American militancy and, at the same time, to stoke fears within white communities, the people said, speaking on condition of anonymity to discuss the probe,” the story goes on to note. “But the precise purpose of the ad remains unclear to investigators, the people said.”

Fomenting racial and ethnic tensions, as McMullin warned, was easy for Trump, who ran the most racist, xenophobic and misogynistic campaign for president in recent memory. With Black Lives Matter protests happening before and during the presidential campaign, what better way to stoke white fears than through those Russian ads? Or through an agent like candidate Trump and his minions who barked that the equal-justice mantra “is inherently racist.” Or through presidential nominee Trump, who declared that “law and order must be restored” before white audiences in a twisted pitch for African American votes.

Those examples and more explain why I’m not going to bother straining a muscle trying to figure out “the precise purpose” of the Russian-bot-bought Facebook ads. It’s as clear as those tiki torches burning in the night sky of Charlottesville.