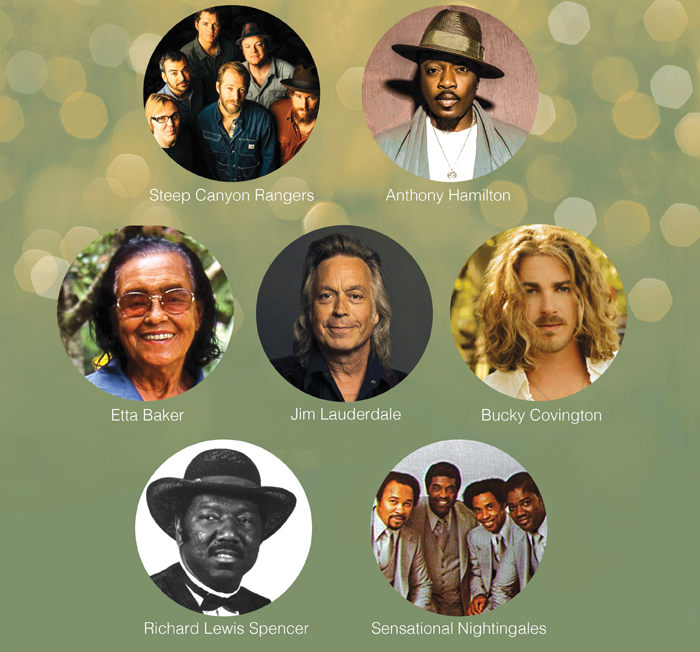 All of this year’s inductees are scheduled to attend the red carpet induction at the NC Music Hall of Fame on Oct. 19.

KANNAPOLIS — All of this year’s inductees are scheduled to attend their red carpet induction where they will become official members of the NC Music Hall of Fame, on Oct. 19.

The following inductees are scheduled to perform live on stage at the event: Anthony Hamilton, Bucky Covington, Jim Lauderdale, Steep Canyon Rangers, and The Sensational Nightingales.

The Induction Ceremony will take place on Thursday, Oct. 19 at the Gem Theatre, 111 W. 1st St. The red carpet event is open to the public and tickets are on sale now. VIP and General Reserved tickets may be purchased at the NC Music Hall of Fame Museum or online at NorthCarolinaMusicHallofFame.org

• Richard Lewis Spencer, Wadesboro — Known for his Grammy award winning song “Color Him Father,” and his work with Curtis Mayfield, The Impressions, and the Winstons.

• The Sensational Nightingales, Durham — A traditional black gospel quartet that reached its peak of popularity in the 1950s. The Nightingales, with several changes of membership, continue to tour and record today.

Learn more at 704-934-2320 or www.NorthCarolinaMusicHallofFame.org