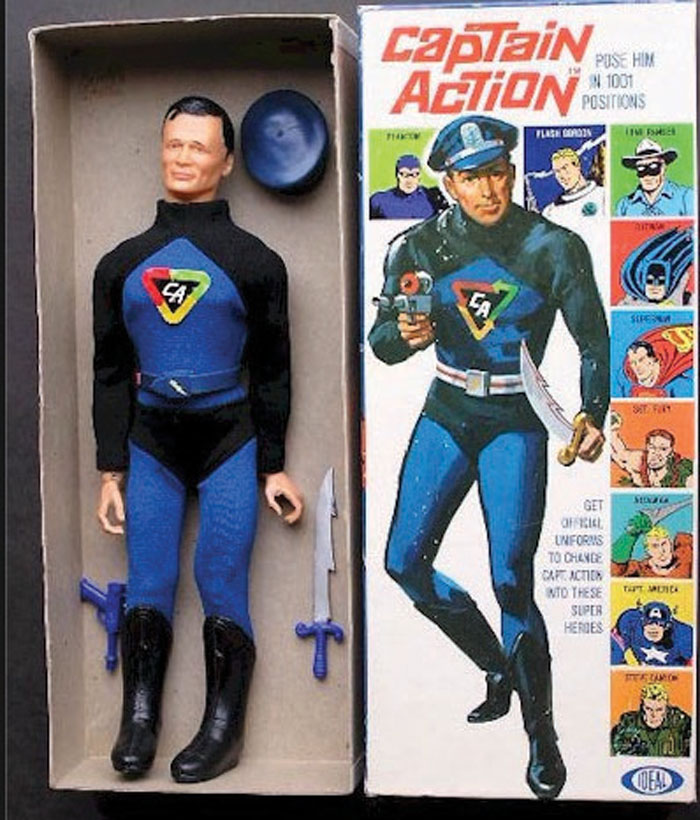 Captain Action could assume the identities of 13 famous super-heroes

SPENCER — Captain Action, the original super-hero action figure, was introduced by Ideal Toys in 1966 in the wake of the Batman TV show craze. The super-hero counterpart to Hasbro’s G.I. Joe and Mattel’s Barbie, Captain Action could assume the identities of 13 famous super-heroes, from Superman to Spider-Man (in costumes sold separately), and also appeared in a range of additional products. His initial career lasted only three years, but continuing interest has led to Captain Action revivals in the toy, comic, and trading card worlds.

Michael Eury’s presentation will feature a look at this classic toy’s roots, with some select Captain Action figures on display.

Concord native Michael Eury is an award-winning author, editor, and historian who has written or co-written 14 books on regional and pop-culture history, as well as graphic novels, comic books, and magazine articles. Eury is internationally known in the comic-book world as the editor-in-chief of the Eisner Award-nominated magazine “Back Issue” and for his previous work at DC Comics and Dark Horse Comics. His latest book is “Hero-A-Go-Go: Campy Comic Books, Crimefighters, and Culture of the Swinging Sixties,” from TwoMorrows Publishing.