Letter: Can’t force loyalty in US 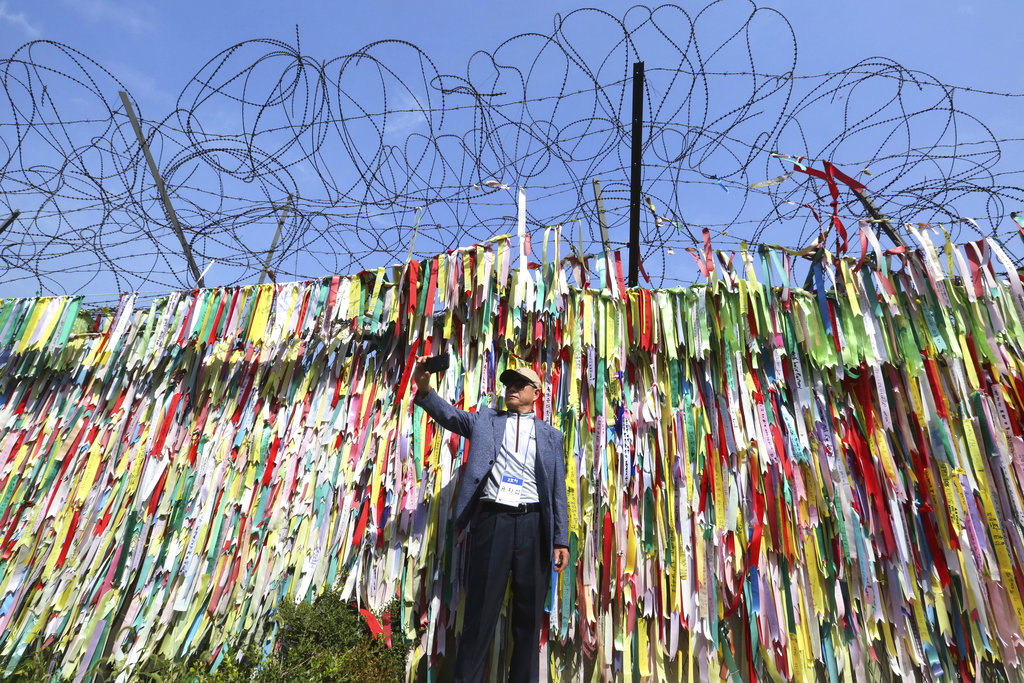 South Korean Yun Cha-seop takes a selfie in front of ribbons wishing for the reunification of the two Koreas on the wire fence at the Imjingak Pavilion near the border village of Panmunjom, in Paju, South Korea, Tuesday. (AP Photo/Ahn Young-joon)

Regarding the issue of NFL protests, if you respect the U.S. Constitution and the decisions by the U.S. Supreme Court, read WVa. Board of Education v. Barnette (1943) in which the High Court declared that the government could not force U.S. citizens to publicly proclaim their loyalty.

If you would like to live in a country where you must stand for the flag and the national anthem, move to North Korea.