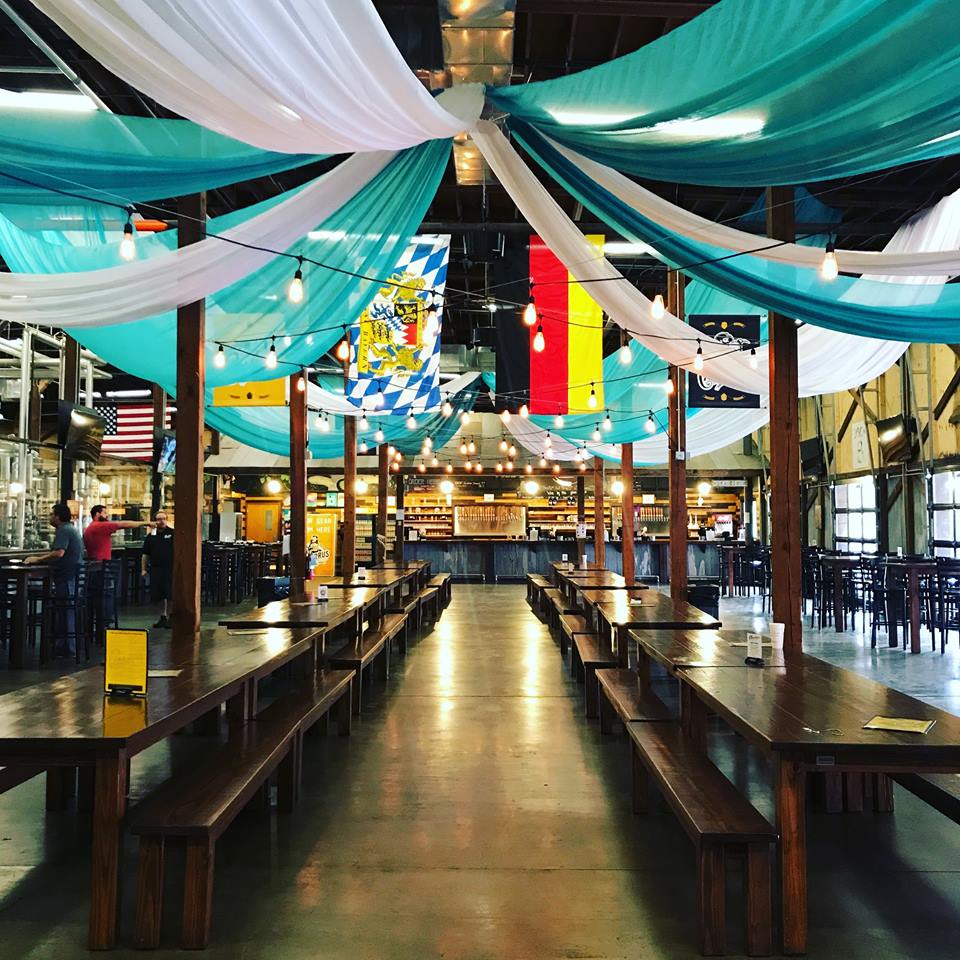 CONCORD — When Cabarrus Brewing Co. co-owner Steve Steinbacher was reading an article on the top 10 places to enjoy Oktoberfest in America, he was disappointed he didn’t see any festivals listed for the Southeast.

There are several Oktoberfest events in North Carolina, including one in Charlotte, but Steinbacher hopes to start one at Cabarrus Brewing that becomes a regional draw to Concord.

Cabarrus Brewing is celebrating its second annual Oktoberfest this Friday, Saturday and Sunday at the brewery, 329 McGill Ave. NW, Concord.

This year’s festivities haven’t even started, but Steinbacher is already thinking about next year.

For this year’s celebration, Steinbacher and co-owner Keith Griffin are wearing traditional German lederhosen. The Cabarrus Brewing staff will also be dressed in German outfits.

Banners hanging from the ceiling will add to the atmosphere, as well as musical acts.

Griffin and Steinbacher want patrons to add to that atmosphere.

“The more people that we have that come in authentic garb helps add to the atmosphere,” Griffin said.

The Oktoberfest celebrations in America stem from those started in Munich, Germany, which has grown into a major festival over the years.

“The whole thing about Oktoberfest in Munich is that it’s one of those big annual events … you only have so many times to celebrate, and this is one that they all kind of circle on the calendar,” Griffin said.

About 6 million visitors from around the world converge on Oktoberfest each year in Munich.

“When you start getting people from lots of different places … coming together, interacting, talking, getting to know each other, now you are really building up that community involvement,” Steinbacher said.