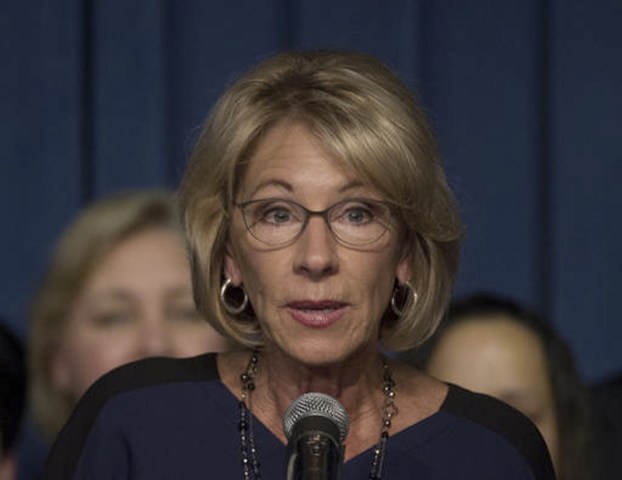 Other voices: Turn campus crimes over to police

For much of this decade, Americans have debated how college administrators should handle allegations of campus sexual assaults. How to balance the rights of the victim and the accused. How to punish perpetrators and deter predators. How to make campuses safer.

The Obama administration urged colleges in a notorious 2011 “Dear Colleague” letter to get tougher on sexual assault allegations or possibly forfeit millions in federal funding. The 19-page guideline reminded officials they should use a low burden of proof, “preponderance of evidence,” when weighing an accused student’s guilt or innocence. It also prompted the U.S. Department of Education’s Office for Civil Rights to open many more inquiries into colleges for their allegedly slipshod handling of sexual violence allegations.

But the crackdown also generated an intense backlash among accused students and their families, who claimed their rights were trampled by inept campus judicial systems too heavily tilted in favor of alleged victims.

Now Education Secretary Betsy DeVos has signaled that the Trump administration soon will send the “Dear Colleague” letter to the shredder. “Through intimidation and coercion, the failed system has clearly pushed schools to overreach,” DeVos said in a recent speech. “With the heavy hand of Washington tipping the balance of her scale, the sad reality is that Lady Justice is not blind on campuses today.”

She added: “It’s no wonder so many call these proceedings ‘kangaroo courts.’ “

In her speech DeVos mentioned several proposals from lawyers’ groups that would raise evidence standards or set up independent panels to handle complaints.

We have a better idea, Secretary DeVos: Don’t create an elaborate new system. Let the criminal justice system in place — local prosecutors and police — handle these cases. That’s what they’re equipped to do in ways that college tribunals and well-intentioned administrators are not.

Law enforcement authorities have plenty of experience because sexual assault is not, regrettably, an isolated crime or one limited to colleges. It is alarmingly widespread, on campus and off. More than 20 percent of female undergrads at various colleges said they were victims of sexual assault and misconduct, according to a 2015 survey by the Association of American Universities. Yet young women who skip college have an even higher chance of being sexually assaulted than their college peers, according to federal figures released in 2014.

For years, college authorities have mishandled campus sexual assault cases. One reason: Some college officials are more concerned about their schools’ reputations (and, possibly, their jobs) than with helping police and prosecutors aggressively pursue allegations.

That’s the right question. Washington has a vital role here: Smaller. The next Dear Colleague letter doesn’t need to be 19 pages. It can be a brisk paragraph. It should instruct campus officials to get out of the way of cops and prosecutors. Hand over these sensitive cases to the professionals. Let them do their jobs.

RALEIGH — While legislative and congressional districts are redrawn every 10 years to match population changes — so everyone’s... read more