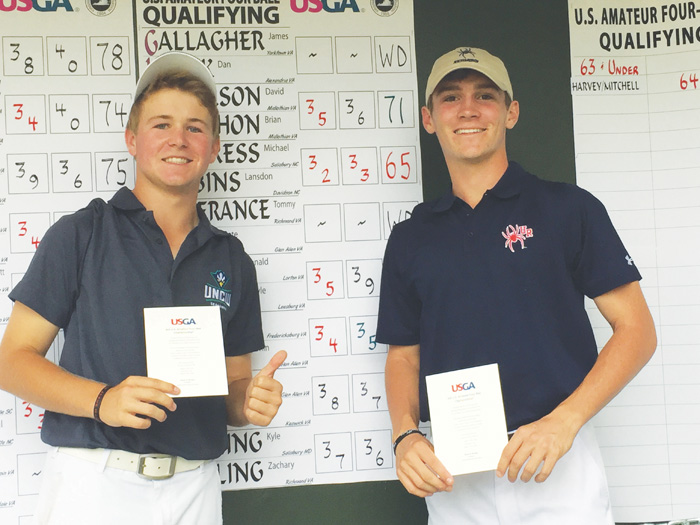 Only the top three teams out of a stellar field of 43 made the cut on Tuesday. Childress and Robbins tied for second place with Scott Shingler and Justin Young. The team of Scott Harvey and Todd Mitchell were medalists with an 8-under par 63.

The strong field saw 27 teams shoot under par and two groups shot 5-under par 66s but failed to qualify.

Childress and Robbins had an eagle, five birdies, 11 pars an just one bogey during their round.

Starting on the back nine, the duo had two birdies and seven pars before making the turn with a 2-under 33. The two then lit up the front nine, starting with an eagle on the 498-yard, par-5 second hole.

After a par and their only bogey on No. 4, Childress and Robbins fired three straight birdies, including one on the 206-yard, par-3 No. 7. Their front-side 32 was 4-under par.