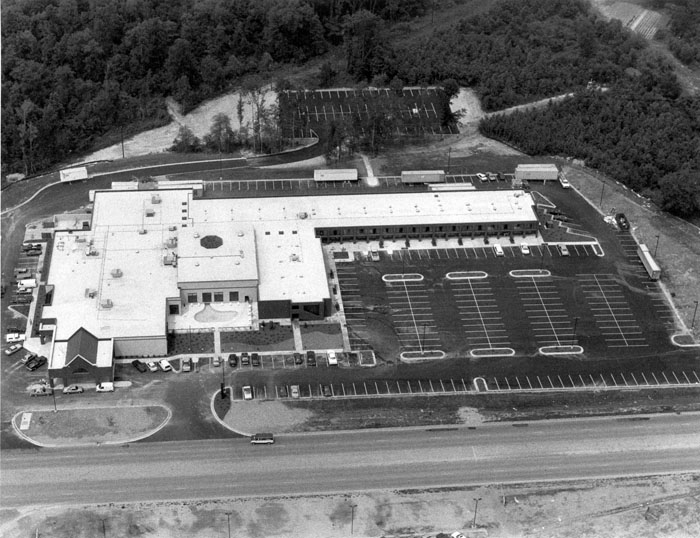 Here is an aerial photograph taken of Salisbury’s Holiday Inn close to the day of its opening on June 20, 1988, along Jake Alexander Boulevard. At the time, it was Salisbury’s biggest, most modern hotel, built by Wagoner Construction at a cost of $5 million. It offered 124 guest rooms, meeting facilities for up to 700 people and a kitchen capable of preparing 600 meals. It also featured a marble-floored lobby with a baby grand piano, a dining room serving 90 to 100 guests, a lounge with a dance floor and a rest area with three fountains, not to mention an indoor/outdoor swimming pool, exercise room, spa and game room. Leo Wallace and sons Lee and Victor oversaw the project. Leo Wallace also was the franchise holder for the city’s first Holiday Inn, built along Interstate 85 in 1958. That first Holiday Inn is now part of the campus of Hood Theological Seminary, and the newer Holiday Inn built in 1988 and expanded later is now the property of Livingstone College and serves as home for its culinary school.