Why the world’s workers are losing to capitalists 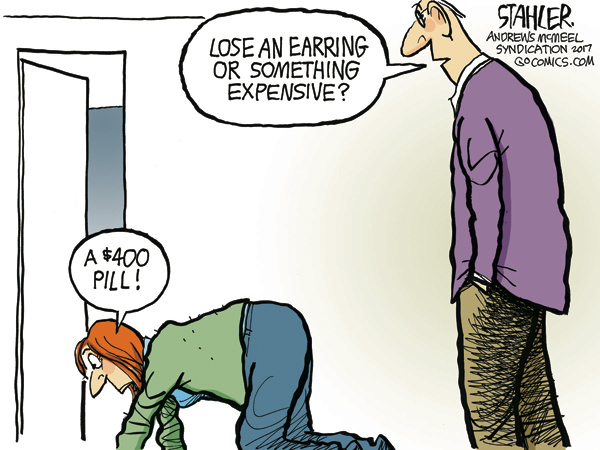 This trend is worrying because it contributes to increased inequality — poor people own much less of the land and capital in the economy than rich people do. The devaluation of workers could also increase unemployment, social unrest and general malaise. No one would like to see capitalism transform into the kind of dystopia envisioned by Karl Marx. That’s why even though the decline in labor’s share has so far been relatively modest, economists are racing to diagnose the cause before the problem gets any worse.

Recently, a lot of attention has focused on the idea that monopoly power might be causing the shift. But the famous paper that draws this connection — by David Autor, David Dorn, Lawrence Katz, Christina Patterson and John Van Reenen — also shows that it can account for perhaps only 20 percent of the change. This means other possible explanations for labor’s decline, like increasing automation or globalization, need to be re-examined.

Economists Mai Dao, Mitali Das, Zsoka Koczan and Weicheng Lian of the International Monetary Fund argue that the culprit is not automation or offshoring alone, but the interaction between the two. As evidence, they note that the labor share has been falling not just in rich nations, but in developing countries as well.

Meanwhile, if automation is just now starting to make workers obsolete, developing countries shouldn’t be experiencing the fall in labor share at the same time, because in technological terms they’re decades behind the rich countries. The authors confirm that investment goods — machines, vehicles, computers, etc. — haven’t really gotten much cheaper in poor countries, as they have in rich ones. So the puzzle really boils down to this: Why is the labor share falling in the developing world?

Dao and her co-authors offer a hypothesis. It has to do with the types of industries that exist in poor countries before and after trade gets opened up. When poor countries are isolated from the global economy, they tend to specialize in things that rely on a lot of cheap labor — farming, low-end services and simple labor-intensive manufacturing. Local landlords and other capital owners do well, but don’t have a chance to get truly rich, because any investment in machinery or technology can be undercut by a flood of low-wage workers. So they don’t bother making the investments in the first place. This dearth of capital spending is exacerbated by rudimentary or dysfunctional financial systems.

The IMF economists also predict that global financial integration should help alleviate the pressure on labor in poor countries. If American, European, Japanese and Taiwanese companies are able to invest in a developing country like China, the inflow of foreign money will boost incomes for local workers and compete down the profits of local capital owners.

So what about rich countries? Here, the argument is that automation and globalization are working together — companies in rich countries can ship labor-intensive manufacturing jobs in electronics assembly, toys and clothing to China and Bangladesh, while buying advanced machine tools and robots to do more high-end manufacturing of things like microprocessors and airplanes. As a result, workers in rich countries where routine jobs were more common were hit harder by both free trade and the advent of cheap automation.

In other words, the two most conventional explanations for rising inequality and falling wages might both be correct. A perfect storm of robots and free trade — and some monopoly power to boot — could be shifting power from the proletariat to the capitalists. With all these factors at work, maybe the real puzzle is why workers aren’t doing even worse than they are.

Noah Smith is a Bloomberg View columnist. He was an assistant professor of finance at Stony Brook University, and he blogs at Noahpinion.

Editorial: Salisbury a step ahead?