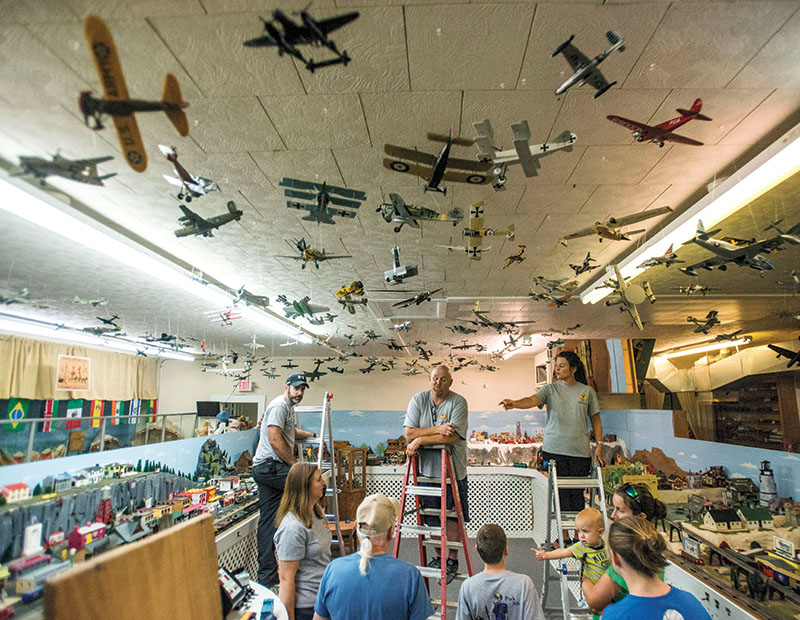 SPENCER — About 35 Cub Scouts and their adult leaders descended on the N.C. Museum of Dolls, Toys and Miniatures Thursday evening to help in displaying 101 model airplanes.

The Cub Scouts are part of Pack 306 at North Hills Christian School. The planes were part of a collection belonging to late model enthusiast Richard Leroy Young, who died in 2014 at the age of 75.

Pack 306 representatives were up and down ladders all evening hanging the many planes from the museum ceiling as part of a community project.

Young’s brother, Tom Young, donated the model planes and military vehicles to the museum on behalf of the family. Richard Young had 1,146 models in his collection, and while hundreds have gone to the museum in Spencer, others also were given to military museums.

Richard Young graduated from Somerville High School in 1957, and he served on aircraft carriers with the U.S. Navy, mentally absorbing the details of the planes he saw and using that knowledge for his model planes later in life.

Young never got to fly.