My Turn, Vickey St. Lawrence: Here’s what I saw at school 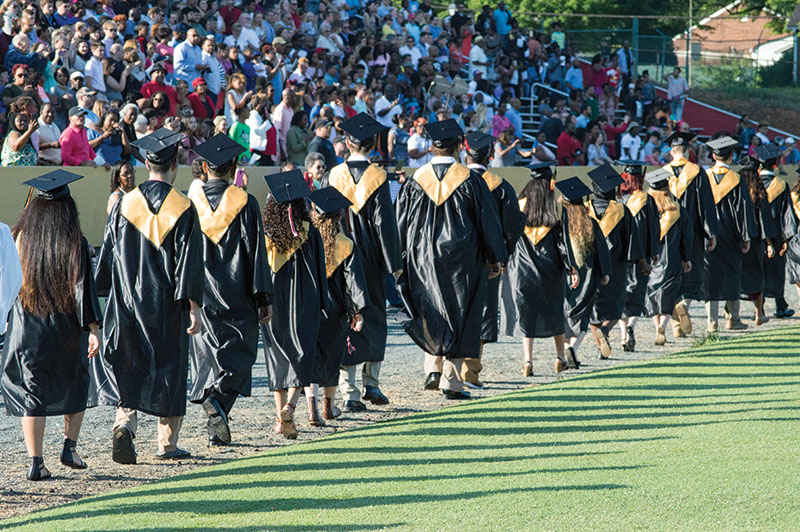 After reading the results of the test scores in the Rowan-Salisbury School System last week I, like so many others, am deeply concerned about our youth and their education. We can blame central office and school teachers all you want, but the blame falls on school administration and the parents.

I worked 15 years in the schools, 12 at Salisbury High and three at Knollwood Elementary as the data manager. A large part of my job was entering test scores.

While at the high school level, I would run testing information on all students, including incoming freshmen, for Dr. Windsor Eagle, the principal, to use in scheduling the upcoming school year.

I was surprised and shocked even to see the scores of some of the incoming class, many of which had failed the eighth-grade EOG tests. Then I would look at the students’ attendance for the eighth grade and was appalled at the number of days absent. I was told that once a student reached a certain age they were “socially promoted” to high school.

Keeping this information in mind, Dr. Eagle would place these students in a class labeled “Practical English.” This class was basically a reading class. Those that failed the EOG for math were placed in a pre-algebra class, which was basic math.

Back in those days, we were on a traditional schedule, which meant that these students had a whole school year to learn what was needed and then move to a higher level for their sophomore year. We did the same thing year after year, with Dr. Eagle always looking at test scores before scheduling a student’s classes for the upcoming school year. During those years we, Salisbury High, always scored at or above on the testing scale, even being mentioned more than once in Newsweek as being in the top 500 schools in the country.

My years at the elementary school were different in that the students all took the same classes. The difference was attendance.

More than once I would sit down with parents, in my capacity as data manager, and try to get through to them how important it was for their children to come to school every day and to be on time. Some parents just don’t realize that when children miss the beginning of the school day or are checked out an hour or two early, they are missing very valuable learning time.

Now, of course, I realize that doctor appointments and dental appointments happen during the school hours. However, a routine appointment does not mean that the child cannot come back to school.

Consequently, these are the students that keep up the habit of not coming to school while moving through the higher grade levels. It’s pretty bad when I could look at students and know that, even though they were only in third grade, they were future dropouts. At this age level, the parents are fostering a very bad habit by not getting up with their children and getting them fed and on the bus or taken to school.

Comparing private or charter schools to public schools is just plain ridiculous. Think about it. When a parent pays for tuition or a child could lose a scholarship for bad attendance, do you think that they aren’t going to make sure that their child is in school every day possible? Not to mention that those schools are not held to the same guidelines for testing as public schools.

The last point I would like to make is this: Phone calls every evening to alert parents to their child’s absence and letters sent to the home are all well and good, but when the high school student intercepts those letters and calls, what good does it do?

I think a system ought to be set so that every parent gets a copy of their child’s report card every quarter. How to insure this is a question that someone smarter than I can answer. Believe it or not, I had parents who didn’t know that their child was retained in grade levels because they didn’t get the report card and didn’t call the school to ask about how to get the report card.

I have been called every name in the book for just doing my job. I have, however, run into several parents over the years that have said thank you to me for staying on their child’s back. The students I have run into have told me thank you and that now they understand.